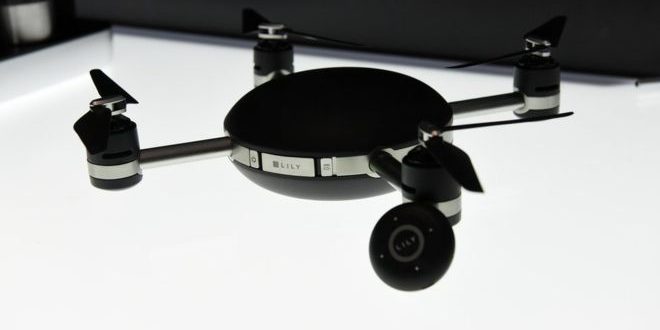 It’s a sad day for drone fans. Drone company Lily, the developer behind an autonomous camera drone, sent notification to backers letting them know that they were unable to secure funding to start manufacturing. Within 60 days, all money from preorders will be returned to backers. Co-founders Henry Bradlow and Antoine Balaresque apologized to consumers in an email on January 12th:

“We have been racing against a clock of ever-diminishing funds. Over the past few months, we have tried to secure financing in order to unlock our manufacturing line and ship our first units – but have been unable to do this. As a result, we are deeply saddened to say that we are planning to wind down the company and offer refunds to customers.”

In a May 2015 video, a promotional video featuring the camera drone was released showing the “throw and shoot” style of the device. Snowboarders and kayakers just tossed the device into the air and the drone followed along via a band worn on the wrist. The video racked up over 12 million views and hype for the product was high. The drone was priced modestly at $499 and there were reportedly over 60,000 preorders. Manufacturing drones turned out to be more expensive for Lily than they had anticipated, and the development process was plagued with issues. Lily’s drone was scheduled to ship in February of 2016, was delayed till summer and then subsequently delayed til early 2017.

Due to the delays, similar products from Chinese manufacturers DJI, Zero Zero Robotics and Yuneec released, which may be part of the reason Lily was unable to secure funding. Check out the video and mourn the demise of the drone that could have been, below.

My name's Zach and I'm a college student supporting myself with freelance writing as I finish my degree. I largely focus on technology news and reviews for LoadTheGame, though I do report on games from time to time.
@zr566762
Previous Did Samsung Just Leak the Design of the Galaxy S8?
Next New Additions to Amazon’s Echo Announced

Google X: Project Wing to use drones to make deliveries