Breaking News
Home » LTG Slider » Retro Is the Future: Is Playdate Set to Change Things Up in the Gaming Industry? 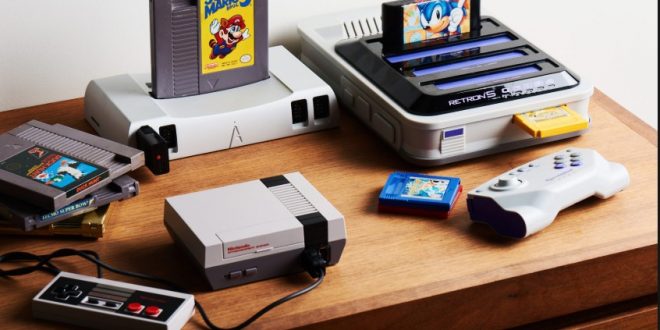 Gaming is on the rise globally, with more and more people being drawn to the ranks of casual gamers. This is no surprise when we consider how far the industry has come: developers are tapping into the potential of new technologies to provide even more realistic graphics, engaging gameplay, and a substantially more immersive experience. What we like about gaming is very diverse, and while some players are very keen on exploring cutting-edge tech like augmented reality or video reality, others yearn for that old-school feel. The new handheld console by Panic, affectionately called Playdate, promises to deliver everything that those retro nostalgic fans could ever dream of.

This is not the first time that we see a blend of old-fashioned gaming and newer tech. It is usually classic games that we see get combined with new and more futuristic elements. Chess was among the first classics to get an online treatment, leading to websites that allow you to play against the computer or against friends, choose a level of difficulty, solve chess puzzles, and even take online tutorials, all in one go. In Betway online roulette, the traditional gameplay of roulette, one of the most iconic games of chance, has been reinforced with the alluring graphics of online casinos, as well as options that are unique to the online world – for example, players can choose to see game stats to help them predict which number the ball will land on next. The intensely popular Risk board game by Hasbro has been turned into a mobile app, so that enthusiasts can play on the go. It even packs unique options like multiple game modes and viewing game stats to features that millennials will feel very comfortable with, like cool animated avatars and emojis. Nintendo also released a revisited version of Tetris in February 2019, which offers the option to allow up to 99 players to play this favorite arcade game simultaneously.

It fits in your pocket. It’s got a black and white screen. It includes a season of brand-new games from amazing creators. Oh and… there’s a crank???? https://t.co/WiIPUkpjSq

Taking inspiration from or revamping classic games never ceases to excite fans – but what Playdate does differently is that it takes the format back to the basics too, in a truly exciting way. Even though we have so far only had a preview of what is to come, what we know already sounds very promising. The new device, which is set to premiere some time next year and cost $149, has gathered more hype than any of its competitors. And how could it have not? There is nothing like it on the market right now, as most of the industry leaders like PlayStation are focusing on making their gear even more high end with every new launch. Playdate is taking a drastically different approach by stripping gaming back to the essentials – with a twist. The quirky square console that is roughly 3 inches on each side sports just two buttons and the all-time classic four-way directional pad, and that’s mostly it in terms of controls. What really sets it apart though, is the inspired addition of a crank. A control the likes of which we haven’t seen since forever, Playdate’s crank is a fully operational control that adds character to the device. Even though it is not currently set to be used on every game, it is bound to add an element of retro fun to the titles that do take advantage of it – and it is currently the hottest topic on reviews of the much-anticipated console.

Will Playdate crank it up?

Born out of the creative minds behind Firewatch – which, interestingly, also saw the protagonist sport a small handheld device as a major plot point – Playdate aims to change what the future of gaming will look like. It features a 1-bit screen, exclusively in black and white, which has some e-ink qualities. The technology aids each pixel in refreshing faster without using up too much power, while securing an impressive 170° viewing angle. This allows the player to use the device in conditions that range from bright sunlight to almost dark, all the while being able to view the screen. True to its indie origins, Playdate will also not only feature games from indie developers, but it will also do things differently in terms of the gaming library, too. The new device will see titles released in “seasons” composed of 12 games each. In a move that is sure to showcase its already cult status, no details regarding Playdate’s gaming content will be released up until a week before the new “season” launches.

You will find more infographics at Statista

The first set of games are included in the purchase price, and titles will include b360 by Panic, Crankin’s Time Travel Adventure by Keita Takahashi and Shaun Inman, as well as Sasquatchers by Chuck Jordan. And yes, the crank will be used to play Crankin’s Time Travel Adventure. With so many novel ideas on board, it is hard to see how this console that could fit in your pocket could ever fail with an audience that is always thirsty for some retro-futuristic combo. Why is Playdate shaking things up so much? It seems like they have tapped into a new world when it comes to portable gaming. In 2018, 45.7 million video gaming console units were sold, up from 37.7 million in 2016 but down from 54.3 million in 2012 and a whopping 89.2 million back in 2008.

As gaming habits changes, so do gaming developers have to change with them – and the massive success of mobile games shows that portable gaming devices are the future of the industry. It only remains to be seen whether Playdate’s retro-focused bet will pay off and make gaming history.

I’m Load The Game’s co-founder and community manager, and whenever I’m not answering questions on social media platforms, I spend my time digging up the latest news and rumors and writing them up. That’s not to say I’m all work and no fun, not at all. If my spare time allows it, I like to engage in some good old fashioned online carnage. If it’s an MMO with swords and lots of PvP, I’m most likely in it. Oh, and if you’re looking to pick a fight in Tekken or Mortal Kombat, I’ll be more than happy to assist! Connect with me by email markjudge (@) loadthegame.com only
@@MarkJudgeLTG
Previous SpongeBob SquarePants: Battle For Bikini Bottom Remake Release Date
Next Five Hardest Video Games You’ll Ever Play! 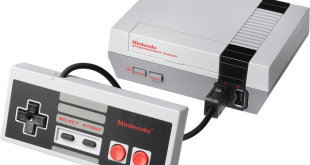 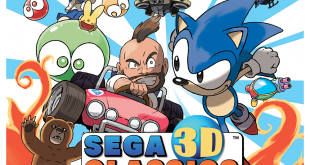