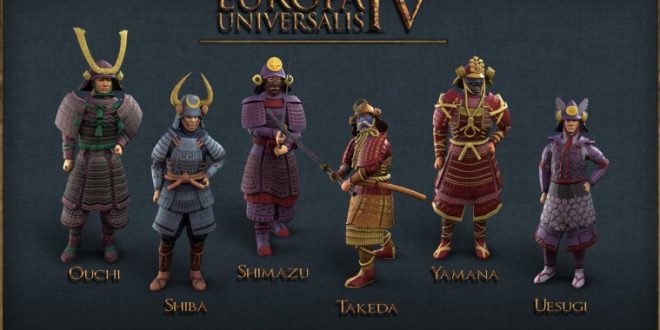 Some people like a sit-down, casual evening of fun. They just want a drink, load up a game to play with friends, and have a blast shooting monsters or racing in cartoon go-carts.

Other people are masochists, who prefer to have their gaming experience be the equivalent of having a lobster strapped to their bollocks while being told just how awful they are by their guidance counselor.

At any rate, here are some games that those nutters would like. I narrowed the possibilities by ruling out games designed to absurdly steal your money, like Pac-Man, and anything like online casinos, because those don’t really count.

Here are five of the hardest video games I, and, consequently, you’ll ever play.

Do you like sitting down for a quick, high-intensity game of action and adventure?

This is not your game.

Europa Universalis 4 is a slow-paced, historically accurate, strategy game, and when I say slow, I mean it. A game of EU4 is meant to be played over WEEKS, and there’s no actual win state. Yep, the only way to win is not to play.

EU4 is full of incredibly in-depth and complex mechanics that will have you googling four-hour-long tutorials just to understand the basics. I suppose you can think of EU4 as less of a challenging game, but rather a game that’s a challenge to play.

If you have even dipped your toe into the gaming community, you’ve probably heard of Undertale.

It’s one of the best narrative experiences you will ever get from a video game, flipping tropes and gaming norms on their heads, with an integrated morality system because you will actually care what happens to the characters you don’t play as.

The game is less of a physical challenge, as an emotional one, although don’t let that put you off your guard. This game can get nuts at times and is absolutely worth all the effort to get through it.

Have you ever dreamt of traveling among the stars? Ever wanted to get into an X-Wing or the Enterprise and have a gander across the galaxy?

Well, screw you, because Kerbal Space Program is a surprisingly realistic space-travel simulator that will make you pull your hair out as you even attempt to make orbit. Don’t worry, all it takes to play this game is Basic Rocket Science.

Or maybe, on top of being a masochist, you’re also a sadist who will enjoy watching your little green astronaut’s goofy faces as they plummet into the surface of Kerbal and explode in a glorious fireball.

It was a tough choice as to whether or not this game belonged in First Place, but being second is pretty darn good.

Hollow Knight is an explorative, Metroidvania, where everyone and everything is an anthropomorphic bug, and they’re all absolutely adorable. Until you start playing that is and discover that behind every nook and cranny lies an enemy in waiting.

The night is dark and full of terrors, bed bugs, and the remnants of a lost and dying world that’s determined to drag you down with it.

Hollow Knight features some of the best boss fights I’ve ever faced, and one of the most fun and expansive worlds to explore. A neat bonus is that the developers have released three expansions for the game chock full of additional content – for FREE!

Of course, any list about the hardest video games in existence wouldn’t be complete without at least one title from FromSoftware’s notorious Soulsborne series. In fact, games like Hollow Knight take a lot of inspiration from this series, and Dark Souls is the king of video game difficulty.

Now, a phrase associated with this game is “hard but fair”, and that’s sort of true. The mechanics are always consistent, and Dark Souls never breaks its own rules. However, you really are thrown into the deep end with this one, because Dark Souls is full of mechanics, rules, and stories that are simply never explained.

If you can get over that hurdle, the game features some of the best Boss Fights in gaming history, an excellently designed world that will have you exploring the ends of the Earth to unearth its secrets, and is one of the most fun RPGs you will ever play.

I’m Load The Game’s co-founder and community manager, and whenever I’m not answering questions on social media platforms, I spend my time digging up the latest news and rumors and writing them up. That’s not to say I’m all work and no fun, not at all. If my spare time allows it, I like to engage in some good old fashioned online carnage. If it’s an MMO with swords and lots of PvP, I’m most likely in it. Oh, and if you’re looking to pick a fight in Tekken or Mortal Kombat, I’ll be more than happy to assist! Connect with me by email markjudge (@) loadthegame.com only
@@MarkJudgeLTG
Previous Retro Is the Future: Is Playdate Set to Change Things Up in the Gaming Industry?
Next Can A Zelda: Breath Of The Wild Sequel Top The Original? 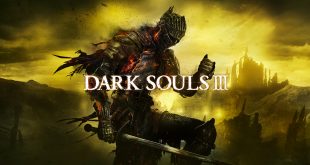