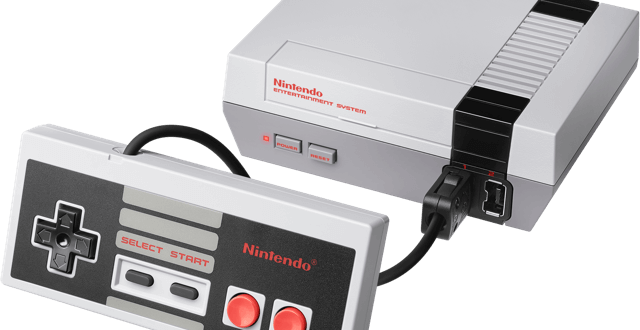 Even though we aren’t in the middle of November yet, everyone starts planning their holiday shopping these days. Shopping for the best Christmas gifts was never easy, and with the overflow of cool gadgets, things get even harder. Almost any gadget can be considered to be a great holiday gift, but for many of us, a game console it the ultimate present. Until recently, the battle in this field was going on between Sony and Microsoft. All people needed to decide was whether they prefer the PlayStation or the Xbox. This year, we have another player on the market, and it is a powerful one. Nintendo’s NES Classic hits the stores today, and it promises to be a great success.

Even though some might still prefer the PlayStation and the Xbox over the Nintendo console, we must admit that the Japanese company returns to the market with quite a good device. The small console looks a lot like the original Nintendo, it’s only smaller, and it has more going on under the hood. The nostalgic gamers will most likely want to own one of these beauties again. The console is just as easy to use as it was back in the days. Plug it into the TV set, pick up the controller, and choose the game you want to play.

In case some of you just started thinking where their 80’s cartridges are, forget about them. The new console doesn’t work like the old one, it just looks similar. The NES Classic Edition comes with 30 games preinstalled, and, unfortunately, those are the only ones you will able to play on it. However, they are great games that will bring back a lot of memories. Probably the most popular game users will find on the latest Nintendo console is Super Mario Bros., but The Legend of Zelda, Donkey Kong, and Pac-Man will surely be welcomed by the majority of players also. When or if you get bored of playing these, you will still have a great number of other games to try out.

Taking all the features of the NES Classic Edition into consideration, and taking another look at its price, it’s safe to say that the Nintendo console will probably be one of the best-sold items this holiday season. It hits the market just in time, so nostalgics can once again place a Nintendo under someone’s tree. or possibly, under their own trees.