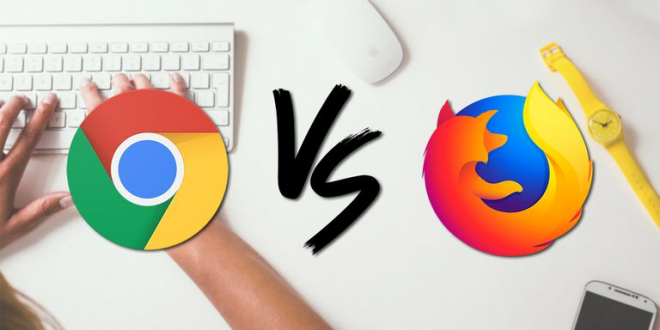 Google Chrome and Mozilla Firefox are the most popular browsers of our time, which are leaders in their segment. It is for this reason that the user often has a question in favor of which browser to prefer – this is a question we will try to solve.

Both browsers are considered to be the most efficient nowadays, in terms of many aspects. Here, we are reviewing many important things for browsers, and you can see what the browser is better and why. If you are going to download google chrome offline installer, then you must read about the features of this application in detail below.

If you calculate both browsers without installed plugins that seriously undermine the launch speed, then Google Chrome has been and remains the fastest-running browser. Specifically speaking, in our case, the download speed of our home page was 1.56 for Google Chrome and 2.7 for Mozilla Firefox.

We opened the same number of tabs in both Google Chrome and Mozilla Firefox, and then we will call the Task Manager and check the amount of RAM.

In the running processes in the “Add-ons” block, we see two of our browsers – Chrome and Firefox, and the second consumes significantly more RAM than the first. Going down a bit below the list to the “Background Processes” block, we see that Chroma performs several other processes, the total amount of which gives approximately the same memory usage as Firefox (here in Chrome is a very small advantage).

The whole thing is that Chrome uses a multiprocess architecture, that is, each tab, add-on, and a plugin runs a separate process. This feature allows you to work more consistently with your browser, and if you stop responding when running your browser, for example, an installed application will not require an unexpected shutdown of the browser.

You can more precisely understand what processes Chrome performs, from the built-in task manager. To do this, click on the browser’s menu button and go to the “More Tools” section – Task Manager.

By comparing your browser settings, you can immediately cast your vote in favor of Mozilla Firefox, because with the number of features for fine-tuning, it tore Google Chrome into pieces. Firefox allows you to connect to a proxy server, configure a master password, change the size of the cache, etc., while in Chrome, this can only be done with the use of additional tools.

Two browsers tested their performance with the Futuremark online service. The results showed 1623 points for Google Chrome and 1736 for Mozilla Firefox, which already says that the second web browser is more productive than Chrome. 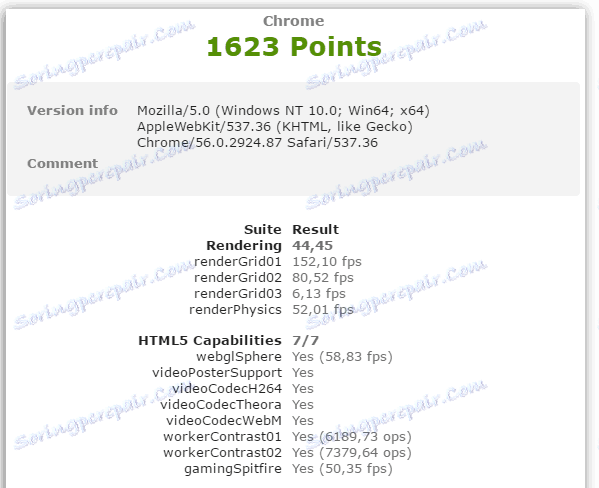 In the era of computerization, the user has several tools for web surfing in his arsenal: computers with various operating systems, smartphones, and tablets. In this regard, the browser must support such popular operating systems as Windows, Linux, Mac OS X, Android, and iOS. Given that both browsers support the listed platforms, but do not support Windows Phone.

Today, almost every user installs special add-ons in the browser that extend the capabilities of the browser, so at the moment we pay attention.

Both browsers have their application stores that allow both download extensions and themes to be executed. By comparing the stores’ fullness, it is approximately the same: most of the additions are implemented for both browsers, some are exclusively for Google Chrome, but Mozilla Firefox is not deprived of exclusive. Therefore, in this case, again, a draw.

A user, using several devices with a browser installed, wants all data stored in the browser to be synchronized in time. These data, of course, include saved logins and passwords, browsing history, installed installations, and other information that you need to access from time to time. Both browsers are equipped with a synchronization feature with the ability to customize the data that will be synchronized, in connection with which we re-display the draw.

It’s no secret that any browser collects information about Lynch users that can be used for the effectiveness of the ad, allowing you to display information of interest and relevant to the user. For the sake of justice, it’s worth noting that Google without hiding gathers its users’ data for personal use, including for the sale of data. In turn, Mozilla pays special attention to privacy and security, and the Open Source Firefox browser extends the triple GPL / LGPL / MPL license. In this case, you should give voice to Firefox.

The developers of both browsers pay particular attention to the security of their products, which is why each browser has a database of secure sites, as well as built-in features for checking downloaded files. And in Chrome and Firefox, downloading malicious files will block the system from downloading, and if the requested web resource is listed as dangerous, each of the browsers in question will prevent it from migrating to it.

By comparison, we have detected the victory of the Firefox browser. However, as you may have noticed, each of the submitted web browsers has both strengths and weaknesses, so we would not be in any way advising you to install Firefox by giving up Google Chrome. The final choice in any case only for you – based solely on your requirements and preferences.

I’m Load The Game’s co-founder and community manager, and whenever I’m not answering questions on social media platforms, I spend my time digging up the latest news and rumors and writing them up. That’s not to say I’m all work and no fun, not at all. If my spare time allows it, I like to engage in some good old fashioned online carnage. If it’s an MMO with swords and lots of PvP, I’m most likely in it. Oh, and if you’re looking to pick a fight in Tekken or Mortal Kombat, I’ll be more than happy to assist! Connect with me by email markjudge (@) loadthegame.com only
@@MarkJudgeLTG
Previous Witcher 3 Switch Release Date Revealed Via Retailer Leak
Next 5 Great Upcoming Games To Watch Out For 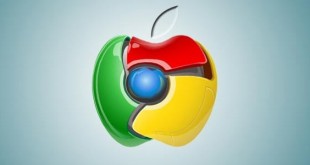 Google Chrome will use less battery on Macs

Many people use Google Chrome as their primary web-browser on their PCs, tablets and phones ...