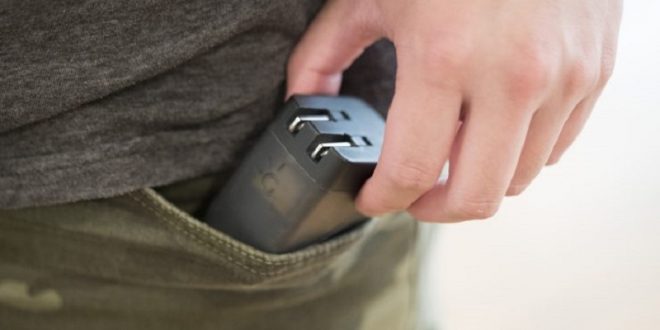 The Nintendo Switch is known for its ability to be both a home console and a portable one, but portability is often the aspect that most people focus on. While the dock allows gamers to hook the console up to a TV to play on the big screen, the dock itself isn’t the most portable thing and often prevents owners from bringing it with them on their travels.

However, a new device is on the horizon that looks to remedy the standard dock’s size issues. The Genki Covert Dock has recently received a Kickstarter campaign, and it’s already a huge success. The campaign was asking for $50,000, and as of the time of this writing has raised over $470,000 with 35 days to go in the campaign.

The following is the official description from the Kickstarter page:

“The Genki Covert Dock is a full-featured invisible dock hidden inside a super compact and pocketable GaN (Gallium Nitride) charger for USB-C essentials, allowing users to both charge and play their Nintendo Switch consoles on television screens—in full 1080p resolution—without the need to carry the native docking device on-the-go. The product is also fully compatible with other USB-C devices, providing the capability to fast-charge smartphones, tablets, laptops and more with its Power Delivery (PD) 3.0-compliant energy output, as well as broadcast media such as videos and slideshow presentations directly onto second screens via the first-ever built-in HDMI output inside a charger.”

While an official release date for the dock has not yet been revealed, it is expected to launch by the end of the year.

Previous Apple Watch Dominates Smart Watch Sales With 5.7M Units Shipped In Q2 2019
Next Path of Exile Challanges: The Next and Now