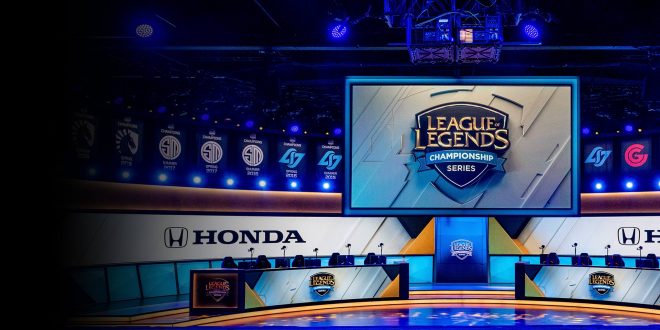 Esports may not involve physical exercise but they sure are a form of sports now. The League of Legends Championship series are just as popular as any other sports league and the interest in esports is constantly rising. Even though a few years back people didn’t really know what esports was, now the League of Legends Championship series have hundreds of thousands of viewers and fans. The popularity of esports is probably the reason why major companies started to sponsor these events.

Until this year, automakers didn’t come out as major investors in esports tournaments or leagues, but in 2019 this changed. As of recently, Honda became the first North American automaker to sponsor not only an esports team but also an esports league. Honda started out by partnering up with Team Liquid last year, so it was only a matter of time for the company to expand its esports strategy and go one step further and sponsor an entire league. Naturally, the League of Legends was an obvious choice. To be more exact, Hona isn’t only a sponsor of the League, it is the exclusive automotive partner of the League of Legends Championship series.

The partnership started off only two days ago with the Summer Split playoffs in Los Angeles and Honda will continue sponsoring the league during the Finals too, which will take place in Detroit in the 24-25 August period. While these are two important events, Honda will not stop here. According to reports, the company will also sponsor the League MVP and the LCS Scouting Grounds in order to help new talented players in becoming better known. According to Matthew Archambault, head of esports partnerships and business development for North America at Riot Games, “Honda [has] a true cause toward driving the amateur system,” said Archambault. “They’ve been doing it since some of their music activations with Honda Stage. They are fully committing not only just at a professional level but at that path-to-pro ecosystem, too.”

As we can see, the future seems bright when it comes to the League of Legends Championship and for esports in general. However, this doesn’t mean that playing video games or online games should become a sport for everyone. Even those of us who didn’t master any of the games that are present in the esports tournaments should still be able to enjoy the occasional video game or online game. And we could also win some money while we do it, even if we are not professionals. We can only do this on betting sites, such as Bet Master Kenya, but it only requires a little bit of knowledge and a little bit of luck, not many hours of exercise, as esports do.

I’m Load The Game’s co-founder and community manager, and whenever I’m not answering questions on social media platforms, I spend my time digging up the latest news and rumors and writing them up. That’s not to say I’m all work and no fun, not at all. If my spare time allows it, I like to engage in some good old fashioned online carnage. If it’s an MMO with swords and lots of PvP, I’m most likely in it. Oh, and if you’re looking to pick a fight in Tekken or Mortal Kombat, I’ll be more than happy to assist! Connect with me by email markjudge (@) loadthegame.com only
@@MarkJudgeLTG
Previous Get Final Fantasy VII Remake For 25% Off While You Can
Next HAC-001(-01) Nintendo Switch Model Out Now

Softbank’s Pepper robot will be available to consumers soon