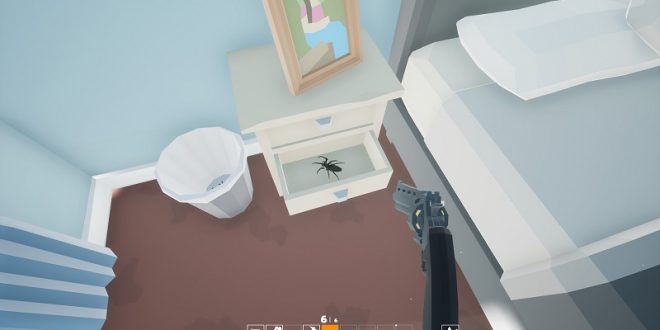 Most of us will do just about anything in our power to get rid of creepy crawlers in our households, but tinyBuild and Casey Donnelian Games’ Kill It With Fire takes things to the next level. It is a first-person, physics-based destruction game that has you hunting down evil spiders and killing them via a variety of means (one of which is fire).

At first it starts you off using common household items to get rid of the spiders (like a clipboard), but as the game goes on more and more spiders appear and you need to utilize deadlier force (like a shotgun). It looks absolutely insane in the best way possible, and you can see it for yourself via the gameplay reveal trailer below.

Kill It With Fire – Gameplay Trailer

You’ll notice that the game’s visuals have a very charming and light-hearted tone, similar to that of Hello Neighbor. The aesthetic fits the game well, considering we’re dealing with a game focused entirely on killing spiders. The soundtrack also blends horror themes with more silly antics to keep things intense yet playful.

It’s going to be interesting to see how the developers are able to keep this enjoyable for extended play sessions, as there needs to be some form of progression to do so. We know that more and more spiders will appear and you’ll have access to deadlier weapons to deal with them, but we’ll have to wait and see if that is enough to keep things entertaining.

You can download the Kill It With Fire demo for free via the official Steam store page. While the full version of the game does not currently have an official release date, it is expected to launch at some point this Summer.

Tags Kill It With Fire tinybuild 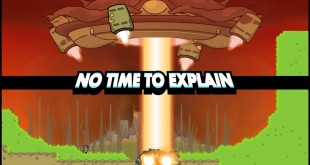