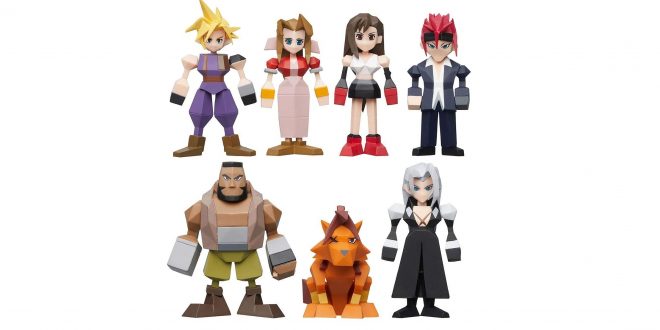 The Final Fantasy 7 Remake brought the beloved 90s RPG to the modern era with vastly improved visuals, and the overall response was very positive. However, there are still those who will always hold a special place for the original (and its blocky character models) in their hearts, and this post is for those people.

Amazon has recently posted a product page for the Square Enix Final Fantasy VII Polygon Figure, revealing things like the price and release date. There are seven characters in total, which are Cloud, Aerith, Tifa, Reno, Barret, Red XIII and Sephiroth. You can see a picture featuring all of these characters below.

The following is a breakdown of what to expect from the Square Enix store:

These figures will release on September 1st for $64, though (as stated above) they are being released as part of 1 blind box of 8 figures. This means you won’t know what you’re going to get, and potentially will have to buy multiple to get the whole set.