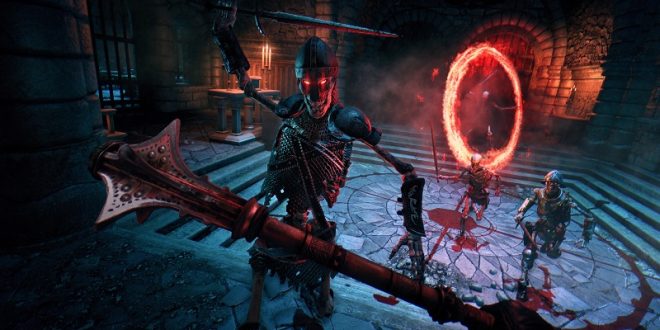 Techland’s Dying Light has been a surprising success, launching in 2015 and serving as what many felt was a much better version of Dead Island. While a sequel has been in development for quite some time now, the company has announced yet another DLC expansion for the first game that is called Hellraid.

Hellraid puts a fantasy spin on the base game of Dying Light, as players will be taking on skeletal enemies rather than zombies. The following is the official synopsis:

“Dying Light, Techland’s open-world action adventure game, is getting a all-new DLC this Summer. Dying Light: Hellraid is based on Techland’s currently-on-hold first-person dark fantasy slasher. The gameplay released today shows the descent into Hell where the players will be able to find a variety of all-new weapons and slay new enemies. Dying Light: Hellraid DLC adds another game mode with a progression system, and can be played in both single and co-op.”

The Hellraid DLC for Dying Light will be available for PS4, Xbox One and PC on July 23rd and will cost $10. Those who pre-order the DLC on Steam will have access to a beta that takes place over the next few days, from June 26th to June 29th. Dying Light 2 has endured multiple delays, but it is currently aiming for a January 2021 release.