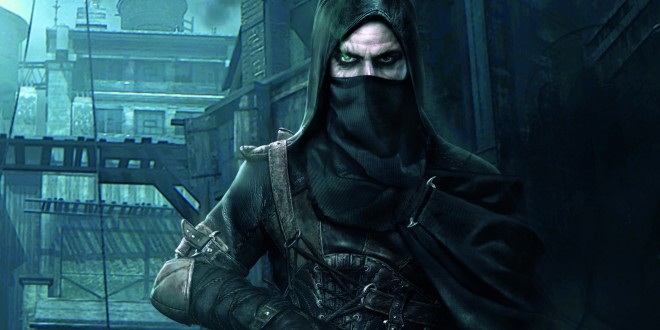 Thief’s gameplay explained in a new trailer for the game

About 3 weeks remain until the US launch of Thief on the 25th of February. Europeans will get to enjoy the new installment in the Thief franchise 3 days later, on the 28th of February. Unlike the game’s protagonist, Garrett, Thief doesn’t have a stealthy approach when it comes to its launch. Eidos Montreal and Square Enix have been pushing hard on the marketing side, ensuring that the game is a financial success. The 4th game in the Thief series, this stealth-oriented action game will aim to reinvigorate the Thief franchise, and please both die-hard fans of the previous titles, while drawing in a new generation of gamers. The new gameplay elements presented in the latest Theif video come from the Gold version of the game. Gold basically means that the game is more-or-less ready to ship and has been (at least on paper) polished enough. Hardcore Thief fans were of course turned off by the change in Garrett’s voice, a result of a new voice-actor behind the character. Eidos and Square Enix argued that in order to take full advantage of the breakthroughs in motion capture technology, they required a younger actor to portray Garrett. They continued this line of thought, stating that through this method, not only does the voice-actor give life to the character through sound, but the technology allows for actor to actually play the part of Garrett, and allows for a combination of voice and motion that results in better immersion and quality. Still, it’s interesting to note that there is no indication of Garrett’s voice throughout the promotional video. The publisher most likely wanted to avoid compromising future Thief sales by highlighting this change.

In short, Thief will offer players the possibility to complete missions using different methods, from a completely non-lethal and stealthy approach, to a more aggressive and bloodthirsty take. How you reach your goals and pull off heists is up to you, although being stealthy will most likely require more planning and will force you to load more often. Thief gives players a limited arsenal at a first glance, but don’t underestimate the multiple options provided by the various types of arrows and the environment. Thief was always about planning and taking advantage of your limited resources, and was never about a “guns blazing” approach. This seems to carry on to the reboot, and if Eidos didn’t mock things up too bad, should provide players with quite the experience. For the first time in the Thief franchise, Garrett will have a side-kick, and a female one at that. We’re not sure how great this new addition will turn out to be, as Garrett was always depicted as being a lone-wolf, and an aggressive and reckless aide might go a long way to annoy players that loved the solitude offered by the shadows. Regardless, we’re going to find out just how good or bad the game is in a few weeks. For more information on Thief, check out our previous more extensive Thief screenshot gallery.

Old-school gamer with a cheeky tongue that gets me in trouble. When I'm not playing games, I'm writing about them, preferably in the vicinity of a fridge! Oh, and if you're a Justin Bieber fan, I'm afraid we can't be friends!
Previous Kingdom Come: Deliverance Preview – New videos and screenshots
Next More Elder Scrolls Online beta invites have been sent out