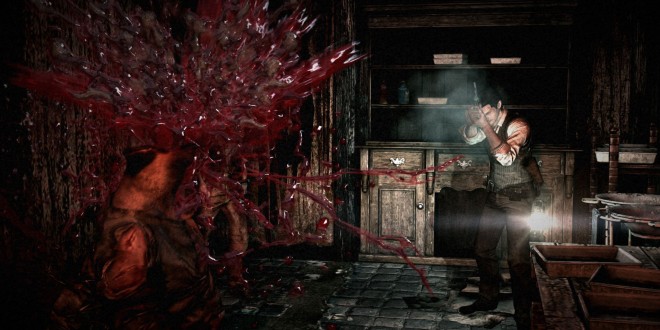 Bethesda launches new trailer for The Evil Within

We’ve had plenty of scary games giving us the creeps lately, with last year in particular being a great one for horror fans. From already popular franchises to unexpected indies and everything in between, video game companies seemed determined on giving us all nightmares in 2013.

This year Bethesda jumps in on the blood pumping action with The Evil Within, an upcoming survival horror game developed by Japanese studio Tango Gameworks. The game was officially announced on April 19, 2013 and it has none other than Shinji Mikami directing it. The director is famous for creating the Resident Evil series, as well as working on titles such as Devil May Cry and Vanquish.

The new trailer that was released today features some new gameplay footage and introduces us to one of the game’s most terrifying villains, Boxman.

In The Evil Within you play the role of Sebastian Castellanos, a detective that encounters a mysterious and powerful force while investigating a gruesome mass murder scene.  After seeing your fellow officers being killed you are ambushed and knocked unconscious. You wake up in a deranged world where evil lurks at every corner and monsters walk among the dead. Your mission from this point on is to uncover what’s behind the evil force, as wells as fighting for your own survival.

The Evil Within will be launched on August 26, 2014 for the PC, PS3, PS4, Xbox 360 and Xbox One. For more information check out the game’s official website.

I’m Load The Game’s co-founder and community manager, and whenever I’m not answering questions on social media platforms, I spend my time digging up the latest news and rumors and writing them up. That’s not to say I’m all work and no fun, not at all. If my spare time allows it, I like to engage in some good old fashioned online carnage. If it’s an MMO with swords and lots of PvP, I’m most likely in it. Oh, and if you’re looking to pick a fight in Tekken or Mortal Kombat, I’ll be more than happy to assist! Connect with me by email markjudge (@) loadthegame.com only
@@MarkJudgeLTG
Previous DayZ-like MMO being developed by Sony
Next LaCie’s new and updated Thunderbolt 2 storage solutions