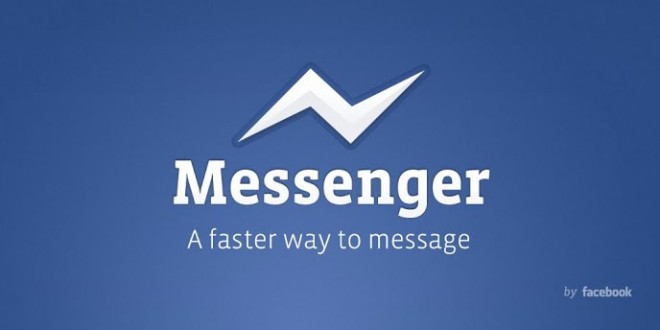 If until now, downloading Messenger for iOS or Android was an option to message inside Facebook, that’s not going to be an option anymore. Facebook started to notify users they’ll no longer have the option to send or receive messages and will have to download Facebook Messenger to chat on mobile from now on.

It all started a few months ago, when users who also had Facebook’s standalone Messenger app installed, had the chat tab of their main apps replaced with a hotlink button that would open Messenger, though Facebooks main apps have included a full-featured messaging tab.

Facebook thinks messaging within its main apps is slow and sub-optimal. It also assumes that people message more and have a better experience on the standalone Messenger app. But it appears that Facebook is forcing its users to adopt a new messaging behavior, thus risking to becoming unpopular. It’s not certain that everyone wants to manage multiple Facebook apps on their homescreen or place them in a folder, many users prefer simple things, one app for everything, even if it’s slower.

Even if having to maintain only one mobile chat interface and users might be enjoying Messenger’s clean look and quick performance doesn’t seem so bad, Facebook was roughly criticized for this bold unexpected move.

Since yesterday, notifications about the change were put out to some users in Europe. They’ll have about two weeks to see multiple alerts before the requirement to download Messenger kicks in. All Facebook users will eventually get migrated to this new procedure. And it’s no doubt some users will be angry.

If you have a low-end Android with an OS too old to run Messenger, you could escape this migration. Or if you use Facebook’s mobile website, or Facebook’s standalone content reader app Paper, you can call yourself safe.

An explanation for this severe change, comes from Mark Zuckerberg himself. He stated last year in November that “another thing that we’re doing with Messenger is making it so once you have the standalone Messenger app, we are actually taking messaging out of the main Facebook app. And the reason why we’re doing that is we found that having it as a second-class thing inside the Facebook app makes it so there’s more friction to replying to messages, so we would rather have people be using a more focused experience for that.”

Facebook users are fed up with all the other changes that occurred lately, and they are already paranoid. We’re not that sure iOS and Android owners will embrace this change easily. Why moving so quickly?

One answer could be that Facebook has to battle for the fate of massaging against other standalone messaging apps like WeChat, Kik and Line. Its users will be stuck with the old Facebook app’s unless they are forced to see that there are better apps they could use, so why not Facebook Messenger?

I’m Load The Game’s co-founder and community manager, and whenever I’m not answering questions on social media platforms, I spend my time digging up the latest news and rumors and writing them up. That’s not to say I’m all work and no fun, not at all. If my spare time allows it, I like to engage in some good old fashioned online carnage. If it’s an MMO with swords and lots of PvP, I’m most likely in it. Oh, and if you’re looking to pick a fight in Tekken or Mortal Kombat, I’ll be more than happy to assist! Connect with me by email markjudge (@) loadthegame.com only
@@MarkJudgeLTG
Previous Samsung Galaxy Note 4 Launch in IFA Trade Show
Next Virus Shield: A foolish mistake downloaded from Google Play