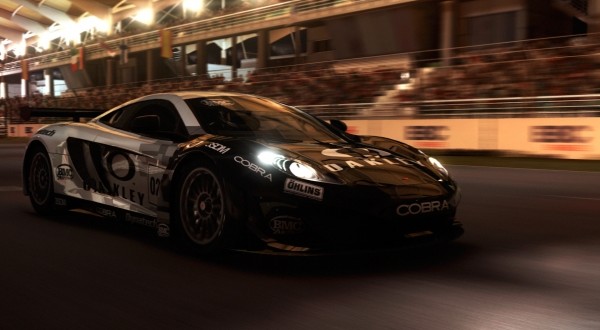 GRID Autosport has just been announced by Codemasters

A new addition to Codemasters’ racing franchise has been announced today by the developers themselves. GRID Autosport aims to give the series a more authentic racing game feel and it’s all thanks to the community. Codemasters claims they have taken player feedback into consideration following the release of GRID 2 and have developed this new title with the fans wishes in mind.  The third title in the series will be a more focused motorsport game and will feature a more realistic handling system but the company states that it will definitely not feel like a simulator.

One of the core features of GRID Autosport will be its new discipline system, which consists of five unique types of racing. Touring, Endurance, Open-Wheel, Street Race and Drift will have their own style and feeling with the player having to consider a different approach for each of them. The game takes place across 22 locations, including Hockenheim, Sepang, San Francisco, Jarama and Yas Marina, and will feature more than 100 routes. Codemasters tells us that there will be more circuits in GRID Autosport than there are in Race Driver: Grid and Grid 2 combined.

The single player career mode will be an open one, this means that you are not required to compete in all the racing disciplines. Career will also bring back teammate racing and will allow you to tell your partner to attack the cars ahead or defend their position, with this feature you can also request information from your team engineer. Multiplayer will feature the RaceNet system which gives players the option of creating their own Racing Clubs and it will also regularly provide new challenges on a weekly basis.

As an end note, Codemasters mentioned that “We’re incredibly excited to lift the lid on GRID Autosport and we’re looking forward to the coming weeks and months. We’ve got a regular flow of new information and content coming your way and all of it starts tomorrow when we reveal our first team which sees the return of some old friends…” GRID Autosport will be released on June 27 for PS3, Xbox 360 and the PC.

I’m Load The Game’s co-founder and community manager, and whenever I’m not answering questions on social media platforms, I spend my time digging up the latest news and rumors and writing them up. That’s not to say I’m all work and no fun, not at all. If my spare time allows it, I like to engage in some good old fashioned online carnage. If it’s an MMO with swords and lots of PvP, I’m most likely in it. Oh, and if you’re looking to pick a fight in Tekken or Mortal Kombat, I’ll be more than happy to assist! Connect with me by email markjudge (@) loadthegame.com only
@@MarkJudgeLTG
Previous HTC One vs. Nokia Lumia 1020 – Which one is the better Smartphone?
Next Dragon Age: Inquisition gets new trailer and a release date

F1 2014 revealed but won’t release on next generation consoles

Codemasters has finally announced that F1 2014, the Formula One racing simulator, will be arriving ...