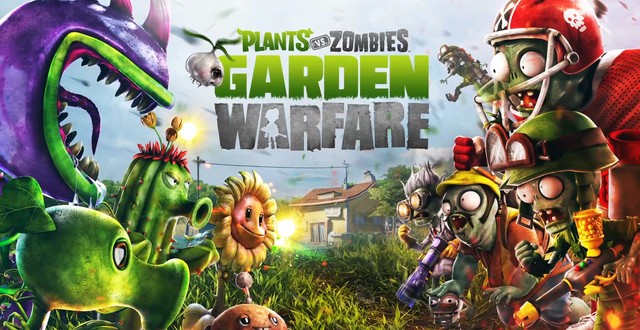 Plants vs Zombies: Garden Warfare coming to PC in June

The Tower Defense/ Third Person Shooter Plants vs Zombies: Garden Warfare finally has a PC release date. EA announced today that the successor to PopCap’s popular PvZ will be making its way to computers worldwide starting on June 24th. The game was originally launched at the end of February for Xbox 360 and Xbox One, and has generally received positive reviews. Garden Warfare differs from its predecessor in quite a number of ways, the most obvious being the third-person shooter aspect. The game also features 4 player online co-op and a few other game modes, plus you can also play as the zombies this time around.

Recently, EA announced that microtransactions will be introduced to Garden Warfare starting this week. Players will have the option of purchasing coins from the game’s Sticker Shop, which gives them access to new packs and character content more quickly. Producer Brian Lindley also mentions that all of the content can be earned through regular play as well but will take more time. “Now you have the choice to play your way; you can play to get new packs and content via earned coins in the game, or you can purchase coins to get more of the packs and content you want right away. ”

On the other hand, PopCap has already released some free DLC for Garden Warfare and they claim that “And we’re not done…there is more free content and updates coming to Garden Warfare in the future”. The latest DLC was released earlier this month, it goes by the name of Zomboss Down and features:

Plants vs Zombies: Garden Warfare will be available for purchase starting June 24th for $30 and comes with the Zomboss Down, as well as the Garden Variety DLCs. A Deluxe Edition which can be pre-ordered from Origin is available for $35 and includes two Garden Warfare Booster Packs, 80,000 in-game coins, and a custom accessories pack.

I’m Load The Game’s co-founder and community manager, and whenever I’m not answering questions on social media platforms, I spend my time digging up the latest news and rumors and writing them up. That’s not to say I’m all work and no fun, not at all. If my spare time allows it, I like to engage in some good old fashioned online carnage. If it’s an MMO with swords and lots of PvP, I’m most likely in it. Oh, and if you’re looking to pick a fight in Tekken or Mortal Kombat, I’ll be more than happy to assist! Connect with me by email markjudge (@) loadthegame.com only
@@MarkJudgeLTG
Previous Dota 2 patch 6.81′ Spring Cleaning ‘ brings tons of changes
Next LG G3 first image and specs revealed