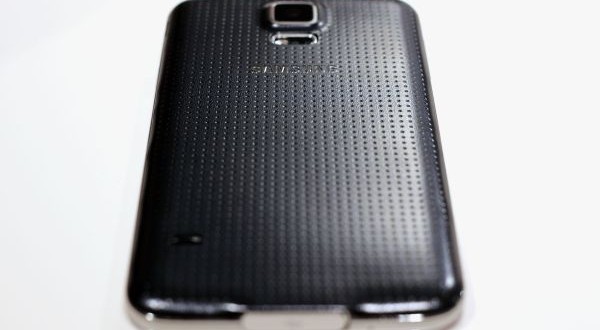 Samsung S5’s success has overwhelmed the entire mobile market and now it is about to surprise us again, revealing the new Samsung Galaxy S5 Prime sometimes in June. The official date remains unknown for now.  Samsung has a habit of releasing new, improved models not long after the initial model hits the market, which makes us wonder if the initial models have had factory faults or the public’s feedback helps engineers develop better versions.

Little information has been offered about the Samsung Galaxy S5 Prime so far, but the most important improvements consist of a sharper display and a stronger processor. Screen resolution will also reach 2560 x 1440 pixels from the initial version of Samsung S5 with 1920 x 1080.  Also, rumors have it that it could be powered by an octa-core Exynos 5430 processor and as for the external design, plastic might be exchanged for metal.  The advanced version of the smartphone will be named Samsung KQ, according to the Korean press.

After LG announced its first QHD smartphone, Samsung decided to release the new version of Samsung Galaxy S5 before its rival’s release.  Known in Asia as Project KQ or Project K, it will probably launch more than one version, each with a different chipset.  Region-specific hardware might apply as usual in regards to the processor. Also, possible features include a co-processor that will manage audio encoding, decoding and equalization and the introduction of Intel LTE chip. If rumors are real, the new smartphone will amaze with its 2K screen and quite a battle is expected between Prime and LG G3. More updates will be coming soon.

I’m Load The Game’s co-founder and community manager, and whenever I’m not answering questions on social media platforms, I spend my time digging up the latest news and rumors and writing them up. That’s not to say I’m all work and no fun, not at all. If my spare time allows it, I like to engage in some good old fashioned online carnage. If it’s an MMO with swords and lots of PvP, I’m most likely in it. Oh, and if you’re looking to pick a fight in Tekken or Mortal Kombat, I’ll be more than happy to assist! Connect with me by email markjudge (@) loadthegame.com only
@@MarkJudgeLTG
Previous The next generation of single board computers begins with Banana Pi
Next Top free download antivirus software 2014

Next month in Barcelona, the Mobile World Congress event will be held. Samsung is usually ...