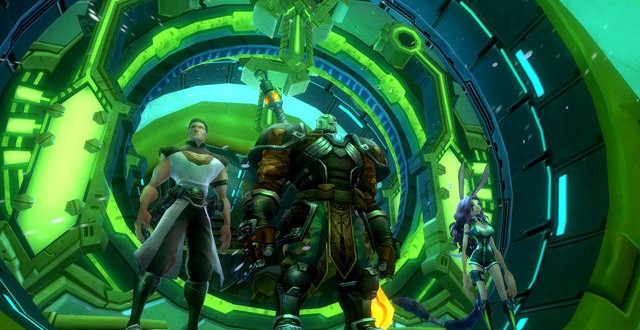 WildStar Pre-Order 25% off deal available until May 5th

WildStar Pre-Order has been live since March but we’ve just spotted a deal that can get you the game 25% cheaper if you hurry. Dealzon shows discounts for both WildStar and WildStar: Deluxe Edition if you Pre-Order until the 5th of May. Note that the website only tracks deals, once selected it will redirect you to GreenManGaming where you can make the purchase. In order to benefit from the discount, you need to use -25% coupon code provided by Dealzon.

The news first appeared on Gamebreaker and the website also gave the following instructions: “Use coupon: 9HZ09L-D4RYEU-FIW8BE Coupon for 25% off at GMG expires soon on 5/5 at 9AM Pacific. If you get an error about a GMG credit, don’t sweat it. Proceed to the next step in checkout to see the discount.”

The regular WildStar Pre-Order price is $60 for the Standard Edition and $75 for the Digital Deluxe Edition, with the discount you can get the game for $45 or $56.25, respectively. From the looks of it, the deal is only available for Digital versions, no cheap physical copies for the moment I’m afraid. Pre-Ordering any of the WildStar versions will grant you the following bonuses:

WildStar is an MMORPG published by NCSOFT, producers of highly acclaimed titles like City of Heroes, Guild Wars, Lineage, and Aion. With such an impressive background it’s safe to say that the company knows what they’re doing, and from what we’ve seen their upcoming title looks very promising. WildStar is currently in closed Beta and will be released on June 3, 2014.

I’m Load The Game’s co-founder and community manager, and whenever I’m not answering questions on social media platforms, I spend my time digging up the latest news and rumors and writing them up. That’s not to say I’m all work and no fun, not at all. If my spare time allows it, I like to engage in some good old fashioned online carnage. If it’s an MMO with swords and lots of PvP, I’m most likely in it. Oh, and if you’re looking to pick a fight in Tekken or Mortal Kombat, I’ll be more than happy to assist! Connect with me by email markjudge (@) loadthegame.com only
@@MarkJudgeLTG
Previous Call of Duty Patriots rumored be the name of 2014’s CoD game
Next LG G3 will launch on 27th of May – What to expect