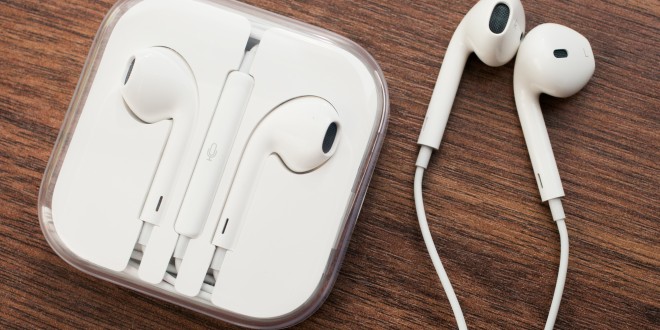 Apple is trying to improve every single device that the company has been building in the past years and now they are also trying yo improve accessories. That is a very good thing, but taking into consideration the quality of the classic white ear buds, we are a little bit skeptical looking at the updated version called EarPods. Of course, it will take some time before we can see these on the market.

Apple earpods were released in 2012 with a comfortable fit, a bigger clicker than the previous ear-buds. Still white, with an improved performance, they were released together with new iPhone 5 and iPod touch at that time and could also be bought separately.

These days, Apple will update the EarPods in order to include heart rate beat and blood pressure sensors. iBeacon technology will also be included in order to give the user the possibility of finding the EarPods using their iOS device.  For those who are not familiar with the concept, iBeacon is the Apple Trademark for an indoor positioning system and enables an iOS device to send push notifications to other devices in close proximity. It works on Bluetooth low energy (BLE). When an iOS device receives an iBeacon transmission, it can approximate the distance from the iBeacon: immediate, near, far (greater than 10 meters).

Since users have complained about the bad noise cancellation, Apple has decided to take into consideration the feedback and improve this, too. The leak also brings information about the release date. Most probably, the EarPods will be seen on the market once the iOS 8 drops.

It is still unknown if the new features will be functional through a specific app or if a different device will be needed. Also, it is not quite unclear if they will be used in sports or different other activities, but we will still be waiting for updates.

I’m Load The Game’s co-founder and community manager, and whenever I’m not answering questions on social media platforms, I spend my time digging up the latest news and rumors and writing them up. That’s not to say I’m all work and no fun, not at all. If my spare time allows it, I like to engage in some good old fashioned online carnage. If it’s an MMO with swords and lots of PvP, I’m most likely in it. Oh, and if you’re looking to pick a fight in Tekken or Mortal Kombat, I’ll be more than happy to assist! Connect with me by email markjudge (@) loadthegame.com only
@@MarkJudgeLTG
Previous A successor to the Moto X seems to be in the works
Next iPad Air 2 also gets Touch ID. Are we heading towards exclusive fingerprint recognition?