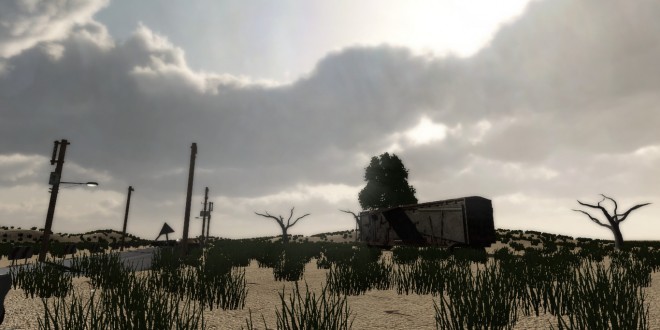 Three weeks after the launch of the Early Access for Earth: Year 2066, Valve has taken it down. The news comes after an avalanche of complaints from clients who bought the game. The description of the game promised a survival game not too different from other titles on Steam like DayZ or Rust, but in reality it was nothing like it.

Not only the title could barely be called a “game”, with it’s basic models, low resolution textures and a limited zone to explore, but most elements of the original trailer advertising it were not accessible. The clients took to Reddit and the Steam forums, where they complained and asked for their money back, and also started raising questions about “how did this game get on Steam in the first place?”.

Valve promised to reimburse everyone, but the company will not change the policies of Steam. This means that the quality of the titles listed will not be verified in the future, as is the case with certification on the consoles. Also, Valve will not interfere with marketing and promotional campaigns, but will hold each developer responsible for the honesty of what was advertised versus what is delivered. “On Steam, developers make their own decisions about promotion, features, pricing and publication. However, Steam does require honesty from developers in the marketing of their games.”, said Chris Douglass, a Valve representative on the Steam Earth: Year 2066 forums.

The situation is even more complicated, as the studio that developed Earth: Year 2066, Killing Day Studios, is now accused of using artwork without license for the game. Also, the studio’s head, Aaron Bishop, was involved in a Kickstarter scam with the game Lords of Uberdark, which got funded in 2011 and never came out. He, going by the name of Muxwell on the Steam forums, tried to hide the bad feedback of Earth: Year 2066 by deleting and also editing posts for some users. Also, a number of positive forum posts and reviews on Steam were posted by people in his friends list.

The good news is that Valve will refund everyone who got burned on Bishop’s latest scam. The full price of 19,99$ will be refunded to the buyers until the 19th of May, so you should hurry up if you want your money back, because after that date your money will be forever spent on that dreadful game. The Earth: Year 2066 page is still available on Steam’s shop, but the possibility of buying the game is not. If you missed it up until now, here’s the link where you can still see some screenshots and trailers.

Old-school gamer with a cheeky tongue that gets me in trouble. When I'm not playing games, I'm writing about them, preferably in the vicinity of a fridge! Oh, and if you're a Justin Bieber fan, I'm afraid we can't be friends!
Previous Star Wars: Battlefront to be shown at E3
Next Moto X+1 and Moto E to be announced on 13 May