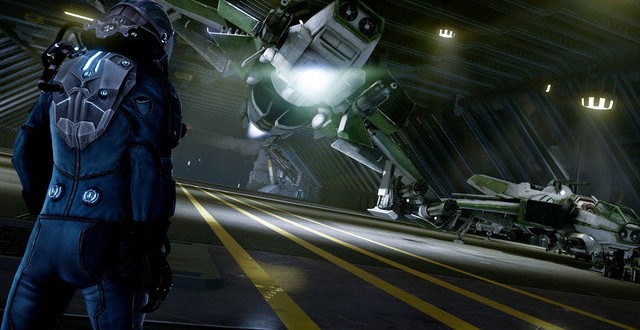 Mayberry is a veteran in the industry and has spent 18 years producing games at a variety of well-known studios. After working for companies like Xatrix Entertainment, Electronic Arts, and Kalisto, he finally settled down at Blizzard 10 years ago. Aside from Diablo 3, the producer also worked on the popular MMORPG World of Warcraft. Mayberry says that he was content working at the Irvine-based company, but when Cloud Imperium CEO Chris Roberts made him the offer of working on Star Citizen he just could’t refuse.

“After 10 years at Blizzard, I didn’t think that there was anything that could ever get me to leave,” said Mayberry. “But then Chris invited me to come check out Star Citizen, and after seeing the game and listening to Chris talk about his vision, I knew that I had to be a part of it. Star Citizen is bold and ambitious, with a unique and innovative approach to game development. I am extremely excited to be joining the talented people at Cloud Imperium Games, and I strongly believe that together, with Chris Robert’s direction and the support of the player community, we will set a new standard for AAA games.”

Chris Roberts also seems very happy with the new partnership, “I don’t think we could have found a better fit than Alex Mayberry for helping me manage Star Citizen’s development,” said Roberts. “Alex brings a wealth of experience in managing very large online games with huge communities, including the biggest of all, World of Warcraft.” Cloud Imperium’s CEO follows by praising Mayberry’s work, while also mentioning that his experience will be invaluable for the Star Citizen project.

“Alex brings invaluable experience in managing a live game while developing new content, something he did with WoW for Burning Crusade and Wrath of the Lich King. As a long-time veteran of Blizzard he has an almost fanatical commitment to quality and playability, which makes him a great fit creatively. He has a sterling reputation in the industry, having helped manage many successful teams, and he’ll bring that same kind of winning style to Star Citizen.”

Star Citizen’s crowdfunding campaign originally began back in October 2012 and is still running. The game managed to raise over $43.6 up to this point, which makes it the most successful crowd funded project in history. A large part of its popularity can be attributed to the man behind it, none other than legendary game designer Chris Roberts. He is responsible for bringing us highly acclaimed titles such as Wing Commander, Starlancer, and Freelancer.

I’m Load The Game’s co-founder and community manager, and whenever I’m not answering questions on social media platforms, I spend my time digging up the latest news and rumors and writing them up. That’s not to say I’m all work and no fun, not at all. If my spare time allows it, I like to engage in some good old fashioned online carnage. If it’s an MMO with swords and lots of PvP, I’m most likely in it. Oh, and if you’re looking to pick a fight in Tekken or Mortal Kombat, I’ll be more than happy to assist! Connect with me by email markjudge (@) loadthegame.com only
@@MarkJudgeLTG
Previous The Witcher 3: Differences between PS4 and Xbox One
Next iPhone 6 will be bigger according to leaked images