Breaking News
Home » Tech » HTTP 2.0 could be bringing faster browsers by the end of the year!

HTTP 2.0 could be bringing faster browsers by the end of the year!

Mark Nottingham, the standard effort leader informed on Friday that he is planning to deliver HTTP 2.0 in order to deliver web pages to browsers faster. In his declaration he did not make things very clear about whether or not the standard will be ready by the end of the year, stating that “we have every chance of having the standard well before the end of the calendar year if the developers can stick to it.” He also added that “every change we make and especially every feature we add has the potential to delay us.”

HTTP 2.0 is the next version of the HTTP network protocol used by the World Wide Web and it is based on SPDY (pronounced speedy), which is an open networking protocol developed primarily by Google for transporting web content in the shortest time possible. Its purposes are traffic manipulation, web page load latency and web security improvement.  SPDY does not replace HTTP, it modified the way HTTP requests and responses are sent “over the wire”. HTTP 2.0 is being developed by Hypertext Transfer Protocol Bis working group of the Internet Engineering Task Force.  SPDY was introduced by Google in 2009 and the technology was spread to the Chrome browser, Mozilla Firefox, Internet Explorer and some of the software that delivers web pages to browsers.

There are many critical thoughts about this standard already and many are saying that the HTTP 2.0 will become usable much later than we believe. Nottingham also added that “while there was an about 15-years gap between HTTP/1.1 and HTTP/2, it’s very likely that the next revision will come sooner”.  Most developers agree on the fact that a change is needed and it is needed fast, because the web is used more than ever and there is a huge need for browsers to work faster and better.  Improvements are visible though since SPDY was developed. Right now, a new page loads from 11.81% to 47.7% faster than before the protocol was available to developers. And since it does not entirely replace HTTP but relies on it full function, HTTP 2.0 comes in  allowing multiplexing to happen at different hosts at the same time. For example this is very important when multiple web pages are trying to download data, because the process will happen significantly faster.

Looking at the development milestones, we can see that by November 2014, the developers will have to submit HTTP 2.0 to IESG for consideration as a Proposed Standard. So, everyone is excited about the improvements plans and hopefully the projects will not be much delayed by the new features.

I’m Load The Game’s co-founder and community manager, and whenever I’m not answering questions on social media platforms, I spend my time digging up the latest news and rumors and writing them up. That’s not to say I’m all work and no fun, not at all. If my spare time allows it, I like to engage in some good old fashioned online carnage. If it’s an MMO with swords and lots of PvP, I’m most likely in it. Oh, and if you’re looking to pick a fight in Tekken or Mortal Kombat, I’ll be more than happy to assist! Connect with me by email markjudge (@) loadthegame.com only
@@MarkJudgeLTG
Previous HTC One (M8) European Software Update
Next Google announces that the VirusTotal Uploader is available for Mac users, too! 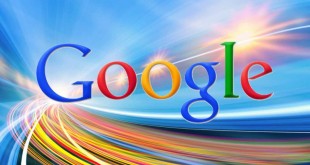 Google will answer queries as you type 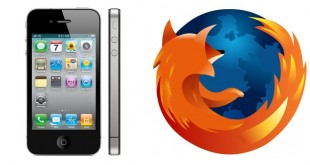 In 2011, Google unveiled their vision of the future – the Chromebook. To those unacquainted ...