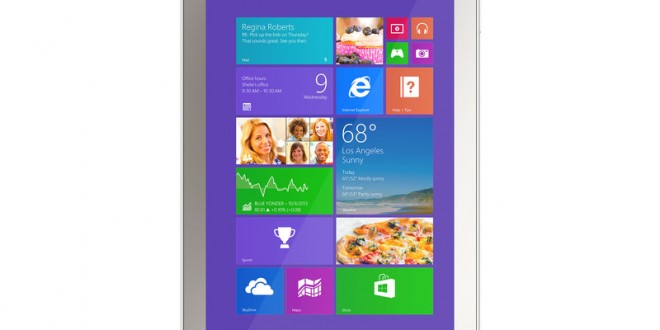 Toshiba surprises the wide public with three more devices, tablets this time, wearing Windows 8.1 and Android OS.  The three devices do not have sky-rocketing specifications but they are truly affordable. Two more tablets under the Encore brand have been unveiled by Toshiba this week, the line being called Excite 2. The devices are very affordable and the specifications are worth taking a look at them. The Encore 2 tablets come in 8-inch and 10-inch flavors and their design look much better than the previous generations.

The specifications are not that impressive, but for a low-budget tablet, these can be more than enough. Even so, in order to bring a little bit of satisfaction except for the design, which is elegant and classy, Toshiba has thrown a one-year subscription to the Office 365 Personal. Specifications:

The prices, as we mentioned before, are very affordable by comparison to the other new released tablets. The 8-inch will start at $199.99 and the 10-inch will start at $269.99. They will be available starting July. The third tablet unveiled by Toshiba is the so-called Excite Go, which is a small, 7-inch tab, the most mobile friendly Android tab so far. It runs Android KitKat 4.4 on an Intel Atom processor, it has a 1024 x 600 resolution and it offers 8 hours of battery life. The internal storage capacity can be increased via SDCX card up to 128 GB from the standard 16GB of internal storage. The screen might be a little glossy and the back of the tablet is made of textured grey plastic. Now, the most exciting part is this: the tablet only costs $109 and it will be available in July.

I’m Load The Game’s co-founder and community manager, and whenever I’m not answering questions on social media platforms, I spend my time digging up the latest news and rumors and writing them up. That’s not to say I’m all work and no fun, not at all. If my spare time allows it, I like to engage in some good old fashioned online carnage. If it’s an MMO with swords and lots of PvP, I’m most likely in it. Oh, and if you’re looking to pick a fight in Tekken or Mortal Kombat, I’ll be more than happy to assist! Connect with me by email markjudge (@) loadthegame.com only
@@MarkJudgeLTG
Previous The LG G3 has been finally announced. The powerful smartphone will be available starting July
Next GTA V Funny Moments