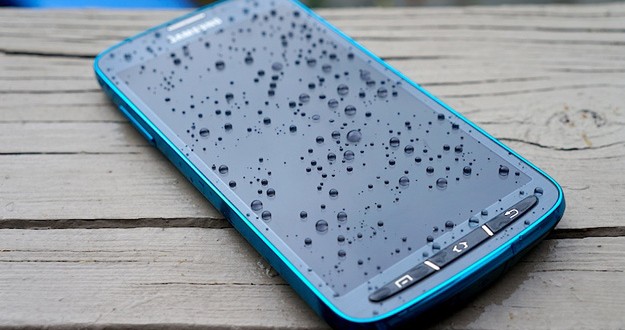 The Samsung Galaxy S5 Active has appeared in a couple of  leaked images and videos so far. Today we got some more images of the AT&T version of the device from @evleaks. We can’t guaranty if the images are genuine but @evleaks is known to provide trustworthy information.

The device has a solid, with a toughened back cover, rugged corners and raised buttons. The material of the device might provide extra grip.  The inside images of the Samsung Galaxy S5 Active reveal a microSIM slot, microSD slot and a model number: SM-G870A. The specs of the device are still unconfirmed but we know it will feature a customizable “Active Key” that will serve as a shortcut button for apps depending on long or short press. 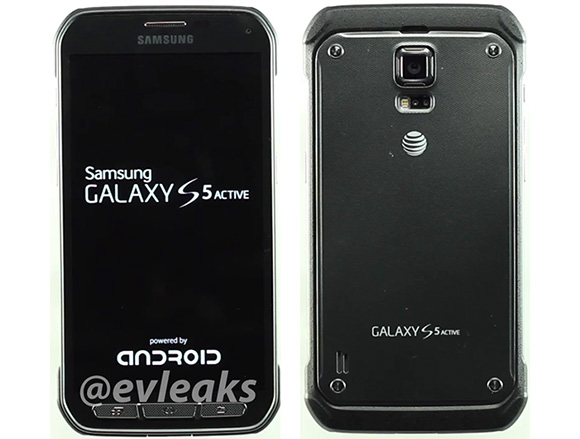 Rumors also point to an early release date. The Samsung Galaxy S5 Active might arrive sometime in June, so we might find out everything about its hardware soon enough.

Tech enthusiast and RPG gamer, I've been surrounded by technology and PC hardware my entire life. I'm fascinated by anything mobile, and when I'm not tinkering with some newly released gadget, I love to immerse myself in the epic tales of Role Playing Games.
Previous HTC rumored to work on One M8 Plus and Advance
Next ShareFile for iPhone is now available on the app store