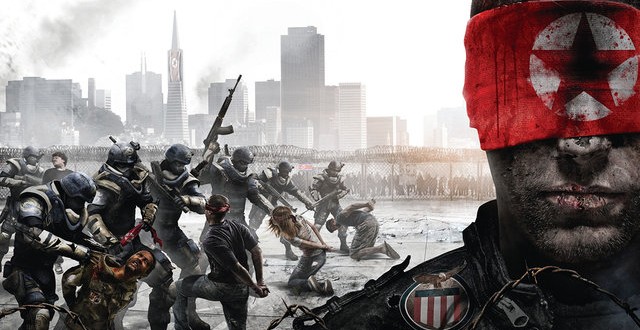 Infamous leaker @shinobi602 claims that a trailer for Homefront 2 will be revealed tomorrow. The insider has a pretty solid track record and is generally considered to be a reliable source of information. Still, we should take this with a pinch of salt until we get to feast our eyes upon the trailer.

He also revealed a few more bits of info regarding the upcoming title, and of course we’re going to share them with you as well. First off, it appears the game wont actually be called Homefront 2. “Homefront: Subtitle” – also a little something else too,” Shinobi said. We can only speculate on the subtitle at this point given that no other details were shared by him. The next game will apparently be announced by Crytek and will be a “big improvement over the first”. In regards to its publisher, we don’t really know much except that it wont be EA according to Shinobi. THQ published the first game back in 2011, but the company has since disbanded so its safe to say it wont be them either.

Some other useful information comes in the form of platform availability. A lot of people were concerned that Homefront will be an Xbox One exclusive, however the insider claims otherwise. “It’s been making the rounds a lot for some reason but Homefront 2 isn’t exclusive to Xbox One.” It will indeed be available for that platform, but also for the PS4 and the PC according to him. All reports indicate that the game will not be making its way to the PS3 and Xbox 360. Finally, the very same Shinobi says that the game will make an appearance at this year’s E3, but that it wont be present on stage. Although these leaks provide some much needed details regarding the game, we do hope that the upcoming trailer will shed even more light on Homefront 2.

The first title was quite controversial when it was released. Homefront is the story of a resistance movement fighting against foreign military occupation of the United States. The aggressor is none other than North Korea. It is a well known fact that tensions between the two countries are high so the game was bound to raise some concerns. We don’t know what Homefront 2 is about, but let’s hope that it wont end up causing trouble like the first one did. Stay tuned as we bring you all the latest news and updates.

I’m Load The Game’s co-founder and community manager, and whenever I’m not answering questions on social media platforms, I spend my time digging up the latest news and rumors and writing them up. That’s not to say I’m all work and no fun, not at all. If my spare time allows it, I like to engage in some good old fashioned online carnage. If it’s an MMO with swords and lots of PvP, I’m most likely in it. Oh, and if you’re looking to pick a fight in Tekken or Mortal Kombat, I’ll be more than happy to assist! Connect with me by email markjudge (@) loadthegame.com only
@@MarkJudgeLTG
Previous Assassin’s Creed Unity poster leaked on Twitter
Next Mortal Kombat 10 will be revealed today