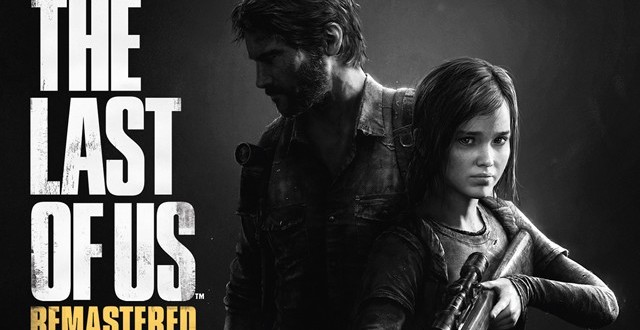 Retailer claims The Last of Us Remastered is coming next week

According to the UK retailer ‘GAME’, The Last of Us Remastered will be released next week, June 13th. The original game came out last year for the PS3 and is considered to be one for the best games for the platform. News on the Remastered edition was leaked back in March and Sony followed up with a confirmation. The game will receive a number of improvements and will be ported to the PS4, but we had no idea when this would happen until now. We’re not considering this leak to be solid evidence that the game will be released next week, but it’s something worth looking into. 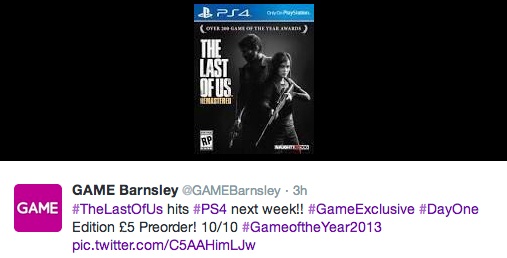 The tweet was removed since then but we’re not sure why. Maybe the release date was not supposed to be revealed yet or maybe this is false advertising. In any case, a lot of people seem to believe that this was just damage control, we’ll just have to wait and see. As a side note, E3 will take place during 10-12 June so this rumored release date comes right after the event. Sony will most likely make an announcement regarding The Last of Us Remastered edition at this year’s expo. I know a lot of you are eager to get your hands on the game so let’s hope that you are able to do so starting next week. A previous rumor suggested June 20 as a possible release date. The leak surfaced back in April when a number of retailers listed the date we’ve just mentioned.

In a strange turn of events Sony came out and issued a statement just as I was writing this article. The company told IGN that “As we’ve announced, The Last of Us Remastered for PS4 will release this summer. An official release date, though, has not yet been announced for the game. The release date is not June 13th. We will keep you posted on an official release date.” While the Remastered edition might not be released next week, at least we know that its bound to arrive sometime during the summer. The PS4 version of the game will run at 1080p and features all of the DLCs. Pre-ordering the game will grant you a number of bonuses including special customizable character items for multiplayer.

We’ll let you know if we manage to find out something solid about the game’s release, but we assume that it will only be revealed at E3. Stay tuned for more news and updates.

I’m Load The Game’s co-founder and community manager, and whenever I’m not answering questions on social media platforms, I spend my time digging up the latest news and rumors and writing them up. That’s not to say I’m all work and no fun, not at all. If my spare time allows it, I like to engage in some good old fashioned online carnage. If it’s an MMO with swords and lots of PvP, I’m most likely in it. Oh, and if you’re looking to pick a fight in Tekken or Mortal Kombat, I’ll be more than happy to assist! Connect with me by email markjudge (@) loadthegame.com only
@@MarkJudgeLTG
Previous Google Chrome 64-bit Dev and Canary available for Windows
Next Android 4.4.3 arrives for Moto X, E and G, HTC One (M7) and Galaxy S4 GP