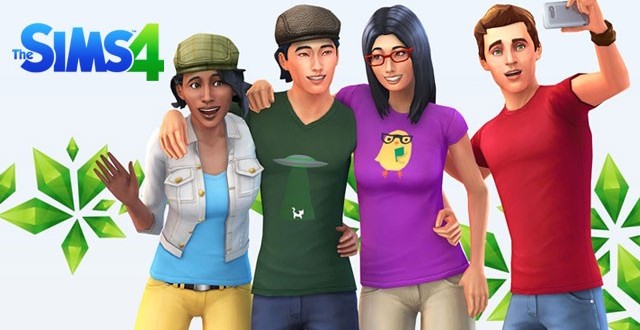 The Sims 4 coming to PC this September

The Sims 4 was presented during E3 2014 complete with new trailer and release date. After a five year break The Sims finally returns to PC on September 2nd. The once popular series has seen a decline in recent year, but Maxis and Electronic Arts plans on changing that by introducing us to the new generation of The Sims. Executive Producer Rachel Franklin revealed on stage that for the first time ever we will be able to control the “hearts” of our simulations. She is referring to some new features introduced with this installment, which give a wider range of options when interacting with your Sims.

The Sims 4 also includes a new powerful creation tool, which allows you to customize Sims to your liking. Dubbed Create A Sim, this new creation tool uses “reinvented technology” and is said to be much more powerful and intuitive than the tools used by previous games. Now you can simply drag facial features when creating Sims, as opposed to browsing through menus. The system also offers a wide range of accessories and comes with options for changing your character’s personality, movement, voice, and behavior. Without going on a tangent, let’s just say The Sims 4 will be a vast improvement over its predecessors and leave it at that.

The game can be pre-ordered for the price of $60 Limited Edition or $70 Digital Deluxe Edition. As you might have suspected, The Sims 4 Digital Deluxe Edition features a few bonuses. The bonus content includes The Sims 4 Digital Soundtrack and two DLCs. The first one is called Life of the Party and “Features the Flaming Tiki Bar and sleek, stylized outfits for your Sims.” The second content pack goes by the name of Awesome Animal Hats and unsurprisingly “Features a collection of fun animal hats for your Sims to wear and show off!” Stay tuned for more news and updates.

I’m Load The Game’s co-founder and community manager, and whenever I’m not answering questions on social media platforms, I spend my time digging up the latest news and rumors and writing them up. That’s not to say I’m all work and no fun, not at all. If my spare time allows it, I like to engage in some good old fashioned online carnage. If it’s an MMO with swords and lots of PvP, I’m most likely in it. Oh, and if you’re looking to pick a fight in Tekken or Mortal Kombat, I’ll be more than happy to assist! Connect with me by email markjudge (@) loadthegame.com only
@@MarkJudgeLTG
Previous Mortal Kombat X: Check out the fighters revealed so far!
Next Sony announces The Assembly for PS4 and Project Morpheus