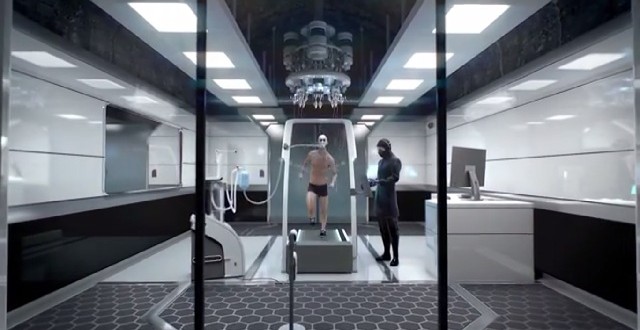 Sony announces The Assembly for PS4 and Project Morpheus

Sony Entertainment announced The Assembly today, the first major title to feature VR support. The game is being developed for the PS4 and Project Morpheus by a relatively small UK-based studio that goes by the name of nDreams. Patrick O’Luanaigh, the company’s CEO reveals that “The Assembly is a mysterious VR adventure game that we have designed for VR from day one.” He also mentions that the upcoming title includes some great gameplay mechanics that work well with Project Morpheus. “For example, you get to control two different characters at various points” O’Luanaigh said. “In VR, you really notice details like their different heights, sounds and voices.”

The Assembly has a story written by Tom Jubert, the man behind excellent indies such as FTL (Faster Than Light), Penumbra, and The Swapper. “Players are flung into the underground world of The Assembly, a secretive collection of scientists, academics and engineers who believe morality in society is preventing scientific advancement and are committed to discovering a universal theory of everything, at any cost.” The CEO of nDreams also mentions that a playable demo will be available at E3 2014 so we should see more of the game soon.

This is undoubtedly just the first of many games to come that will benefit from Project Morpheus VR support. We’ve reported earlier this month that Epic Games’ Unreal Engine 4.2 update also added this kind of functionality and are planning to develop titles which feature virtual reality support. Let’s hope more studios will soon follow their example. In regards to The Assembly, most details are still unknown so we’ll just have to wait for the demo. The trailer does look interesting, albeit a bit creepy. All in all, this looks to be a promising effort by the small studio. We’ll keep you posted as soon as we learn something new so stay tuned.

I’m Load The Game’s co-founder and community manager, and whenever I’m not answering questions on social media platforms, I spend my time digging up the latest news and rumors and writing them up. That’s not to say I’m all work and no fun, not at all. If my spare time allows it, I like to engage in some good old fashioned online carnage. If it’s an MMO with swords and lots of PvP, I’m most likely in it. Oh, and if you’re looking to pick a fight in Tekken or Mortal Kombat, I’ll be more than happy to assist! Connect with me by email markjudge (@) loadthegame.com only
@@MarkJudgeLTG
Previous The Sims 4 coming to PC this September
Next Dragon Age Inquisition has 40 different endings