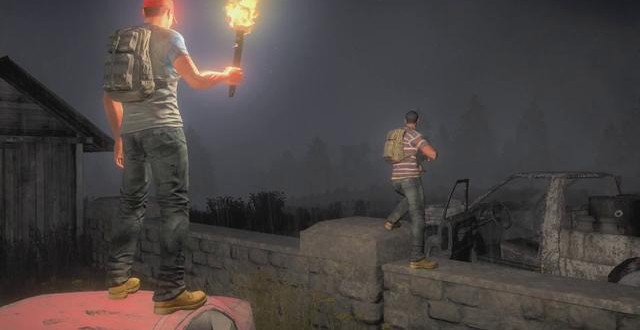 The highly anticipated survival MMO H1Z1 developed by Sony has received a huge amount of hype ever since it was first announced back in April. The game was featured at E3 2014 where we had the opportunity to hear more about it from the game’s senior designer Jimmy Whisenhunt. Given its similarities to the popular DayZ, people are still wondering what exactly will H1Z1 bring to the table in order to make it stand out. “It’s a survival MMO,” said Whisenhunt. “It’s an MMO in a way that’s persistent. It’s huge, it’s massive. We’re starting with 64 square kilometers and we’ll be growing from that. We’re starting in an area that is kind of middle America, looks kind of Northwesternish with trees and rolling hills.”

Something that will make H1Z1 superior to DayZ will most likely be the game’s Forgelight engine. This is the very same engine used by the popular MMO shooter Planetside 2 and will also be used by the upcoming Everquest Next. Forgelight was built with MMO support in mind and offers a lot of features that games in this genre can take advantage of. These include real-time radiosity, motion blur, eye adaptation and HDR lighting, Nvidia PhysX, and fully flexible time of day system. “We’re on the forgelight engine, and we’re leveraging a lot of what we learned on Planetside 2,” Whisenhunt explains. “We have a lot of ability to do whatever we want with vehicles, but right now we’re starting with a four-door, four-wheel drive offroader.”

“We’re leveraging our world in a new way,” he says. “We’ve shown a little bit of the hoards, and we can support more zombies than a player could kill in his entire life… Zombies are attracted to not just sight, but they can smell you. As you move around the world and change what you’re doing, you’re going to change where the zombies are. We also have livestock, as you can see, and the animals aren’t just for food—though they are for that. We had an instance down at the booth where you saw a deer come busting out of the wood, and when they’re running like that they’re spooked. Behind the deer come twenty zombies, and they’re chasing the deer.”

While nothing was confirmed yet, all signs point at the fact that H1Z1 will arrive at the end 2014 for PS4 and PC. An alpha test version is scheduled to launch on Steam Early Access. Stay tuned for more news and updates.

I’m Load The Game’s co-founder and community manager, and whenever I’m not answering questions on social media platforms, I spend my time digging up the latest news and rumors and writing them up. That’s not to say I’m all work and no fun, not at all. If my spare time allows it, I like to engage in some good old fashioned online carnage. If it’s an MMO with swords and lots of PvP, I’m most likely in it. Oh, and if you’re looking to pick a fight in Tekken or Mortal Kombat, I’ll be more than happy to assist! Connect with me by email markjudge (@) loadthegame.com only
@@MarkJudgeLTG
Previous Planetside 2 coming to PS4 later this year
Next First Rise of the Tomb Raider artwork images surface