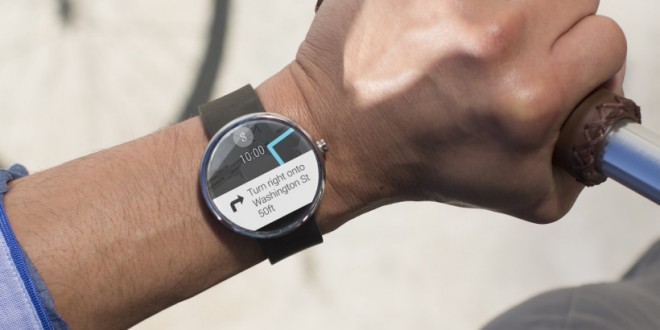 Price, Specs and Features available for the Moto 360

Soon after Google announced its Android Wear platform for wearable devices, Motorola announced its intent of launching the Moto 360 that will make use of the new OS. It will be Motorola’s first smartwatch to use the Android Wear platform. The Moto 360, unlike the Samsung Gear 2 or the LG G Watch, follows a classical, round design, giving it a premium, stylish look, making it the most expected smartwatch on the market.

Mobile Fun, a British retailer has revealed the price of the Moto 360 on their blog, according to which the smartwatch will be priced at £199.99 in the UK, that means $335 but it could cost less in the US. Besides some general design highlights, Mobile Fun did not reveal more details about the Moto 360.

We know that the Moto 360 will work together with any smartphone and function as a notification window displaying messages, calls, social media alerts and more on its screen. The Moto 360 is intended to have excellent battery life and make use of wireless charging. Its hardware stats might not be exciting but it doesn’t  need to as the smartwatch itself won’t need much computing power. The display of the device will be round, measuring 2-3-inches and will probably be protected by sapphire glass. It will look like a watch and act as a smartphone, letting you interact with it by swiping away notifications or controlling it through voice command. Because of its round form, we can expect it to have an OLED display, which will help to keep battery consumption at a minimum.

“Coming soon Summer 2014” the statement made by Motorola isn’t giving away much in terms of an actual release date, but at least it gives us a release window and a base for speculations. Google’s I/O event, held at the end of the month would be the perfect opportunity for Motorola and Google to announce the Moto 360. We will have to wait and see if this will really be the case.

Tech enthusiast and RPG gamer, I've been surrounded by technology and PC hardware my entire life. I'm fascinated by anything mobile, and when I'm not tinkering with some newly released gadget, I love to immerse myself in the epic tales of Role Playing Games.
Previous Price, Specs and Release Date for Samsung Galaxy Tab S 8.4 and 10.5 Revealed
Next Moto E gets price cuts on Amazon and Android 4.4.3 KitKat – is it now a good deal?