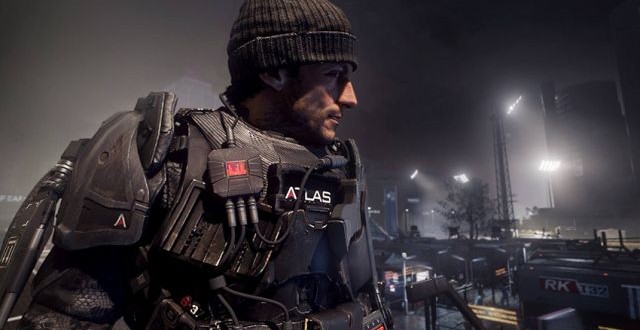 A new Behind the Scenes video for Call of Duty: Advanced Warfare was posted today on Youtube. The video features Sledgehammer Games’ Creative Director Brett Robbins as he discuses about the storytelling process for the upcoming game. Sledgehammer are no strangers to quality storytelling having worked with Visceral Games on the original Dead Space. They have also worked with Infinity ward to bring us Call of Duty: Modern Warfare 3. For Call of Duty: Advanced Warfare they are working with military advisers, Delta Force operators, and Navy Seals in order to bring authenticity to a game. But since the game takes place in the future the company also contacted another very different group of experts.

“We ended up working with a lot of different futurists,” Robbins said. “Guys whose job is to think about the world in 40 years, what it’s gonna be like. Everything from weapons to the production design to the uniforms. Everything had to go through this filter of it’s 40 years in the future, but it has to be real”.  Sledgehammer Games also use advanced techniques in order to create incredible character animations. They go so far as to say that “the character in-game looks just like the actor in real life.” Normally I would say they are exaggerating, but after seeing Kevin Spacey in the Call of Duty: Advanced Warfare trailer I have to admit that he does looks incredibly similar to his real-life version.

Another thing they are focusing on this time around is the protagonist. This makes for a more compelling story because “everything that’s happening is happening to me.” As a final note, Robbins suggests that we can expect to see moments that are up to par or even better than those found in many movies. This is a welcomed change given that some of the previous Call of Duty titles have focused more on the events rather than the protagonist, which makes the player feel neglected. From what we’re hearing your role will be very important in Call of Duty: Advanced Warfare so let’s hope they actually mean it. The E3 2014 demo looked impressive and the game is shaping up to be the best CoD game we’ve seen in a very long time.

Call of Duty: Advanced Warfare will be released on November 4th for the PS3, PS4, Xbox 360, Xbox One, and the PC. Pre-ordering the game will grant you access to the Advanced Arsenal, which includes a custom exoskeleton and an EM1 Quantum weapon. Stay tuned for more news and updates.

I’m Load The Game’s co-founder and community manager, and whenever I’m not answering questions on social media platforms, I spend my time digging up the latest news and rumors and writing them up. That’s not to say I’m all work and no fun, not at all. If my spare time allows it, I like to engage in some good old fashioned online carnage. If it’s an MMO with swords and lots of PvP, I’m most likely in it. Oh, and if you’re looking to pick a fight in Tekken or Mortal Kombat, I’ll be more than happy to assist! Connect with me by email markjudge (@) loadthegame.com only
@@MarkJudgeLTG
Previous Ubisoft reveals details about The Division’s E3 demo
Next LG G Vista will arrive to Verizon after the G3 this summer