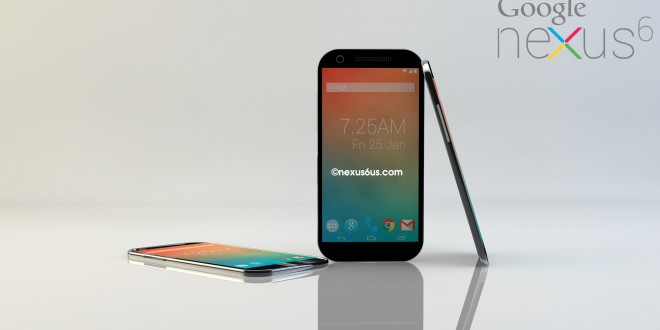 When it has such a huge and solid follower base, it doesn’t take much for Google and its Nexus line-up to cause quite the stir in the mobile market. If you’ve recently seen a surge in Google Nexus 6 rumors, you’re probably wondering where did they originate from. Well, it was the official Android Twitter page that fueled the rumor mill, causing many press publications to start speculating about rumors, possible specifications and release dates for the Google Nexus 6 and similar Nexus phablets.

Let’s get a couple of things clear from the start. While the device shown in this official tweet is not a currently available one, there’s no indication that what we’re seeing is the Google Nexus 6. In fact, there have been no official hints or reveals about any new Nexus phone coming out in the next few month. Additionally, we have to consider that the Google Nexus 5 is currently enjoying an insane amount of popularity, and is barely half a year old, which means that it would not financially make sense for Google to release a direct competitor.

If you came here to read about future specs, release dates and prices for the Google Nexus 6, you’ll be disappointed. We have no information to base any assumption on. If anything, we won’t be seeing any new Google smartphones before the end of fall. Speculating about the Google Nexus 6, an unconfirmed phablet, would make no sense. If and when Google decides to throw us a bone though, we’ll be sure to report on it. Until then, we advise you to take any speculation and rumors with a grain of salt, as it’s unlikely that any of these rumors have a solid source or foundation. Recent chatter around the business insiders would suggest that the Nexus line in itself has actually come to an end, and Google is working on a new line of phones and phablets called Silver.

I’m Load The Game’s co-founder and community manager, and whenever I’m not answering questions on social media platforms, I spend my time digging up the latest news and rumors and writing them up. That’s not to say I’m all work and no fun, not at all. If my spare time allows it, I like to engage in some good old fashioned online carnage. If it’s an MMO with swords and lots of PvP, I’m most likely in it. Oh, and if you’re looking to pick a fight in Tekken or Mortal Kombat, I’ll be more than happy to assist! Connect with me by email markjudge (@) loadthegame.com only
@@MarkJudgeLTG
Previous Oppo Find 7 is now available for pre-order
Next HTC One M8 gets new OS update from Sprint, still nothing official on KitKat 4.4.3