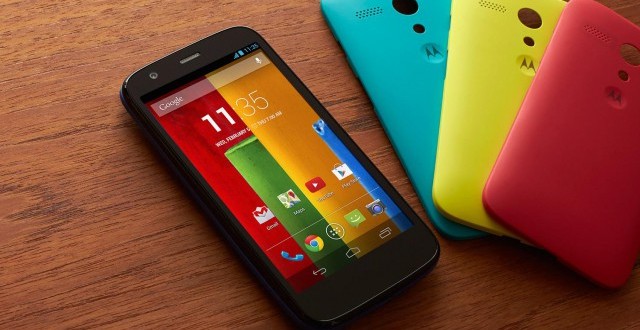 The Moto G 4G can now be purchased directly from the Motorola website for only $219. The device is available in black and white colors and comes with 8GB of internal storage memory. While this is not a lot compared to other smartphones keep in mind that the Moto G 4G LTE (by its full name) is the first to include a microSD card slot. This allows for extended storage memory of up to 32GB. Aside from the card slot and LTE connectivity, the device is identical to its predecessor. Needless to say, it also looks exactly the same as the regular Moto G.

The long awaited updated has started rolling out a couple of weeks ago for a number of devices. Nexus and Moto devices were the first in line to received it, but the update landed on a few other handsets as well. The latest reports indicate that Android 4.4.3 KitKat will arrive for the Samsung Galaxy S5 before the end of the month while the Galaxy S4 will only see it sometime during July. Rumors also suggest that the update will come for HTC, LG, Sony, and some of the other devices at some point in the future, but no one seems to know when. We’ll keep you updated as soon as we learn something new so stay tuned.

I’m Load The Game’s co-founder and community manager, and whenever I’m not answering questions on social media platforms, I spend my time digging up the latest news and rumors and writing them up. That’s not to say I’m all work and no fun, not at all. If my spare time allows it, I like to engage in some good old fashioned online carnage. If it’s an MMO with swords and lots of PvP, I’m most likely in it. Oh, and if you’re looking to pick a fight in Tekken or Mortal Kombat, I’ll be more than happy to assist! Connect with me by email markjudge (@) loadthegame.com only
@@MarkJudgeLTG
Previous HTC One M8 gets new OS update from Sprint, still nothing official on KitKat 4.4.3
Next Watch Dogs is the best selling game of May, Sony still in the lead