Breaking News
Home » LTG Slider » Watch Dogs is the best selling game of May, Sony still in the lead 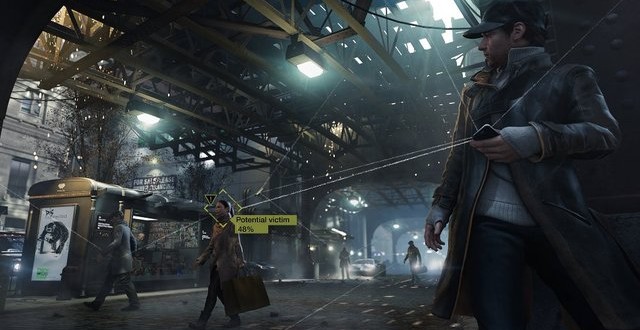 Watch Dogs is the best selling game of May, Sony still in the lead

According to the NPD results for the month of May, Watch Dogs is holding the number one position when it comes to software sales. Overall sales for the month are considerably higher that they were in May 2013 with consumers spending $274 million just on games. This is a 57% increase from last year when they only spent $175. What’s more impressive however is the fact that the industry as a whole has seen an increase of 800%. According to the report “May 2014 launches sold 800 percent more in dollar sales than May 2013 launches did their respective launch months.” Watch Dogs has an important role to play in all of this and has contributed to both the sales of new games and to those of new consoles. Unsurprisingly, Ubisoft was “number one corporate publisher for the month.”

But we can’t give all the credit to just one successful title, there were other new releases that sold well last month. “After six months of declines, software rebounded in May 2013 driven by new launches such as Watch Dogs, Mario Kart 8, Wolfenstein: The New Order, The Amazing Spider-Man 2, and Kirby: Triple Deluxe,” NPD analyst Liam Callahan explains. The company only tracks new physical copies of games sold within the U.S. so no digital sales or games sold in other countries. This means that the results might not be 100% accurate, but they are enough to give us an idea about how the industry is doing. With that in mind let’s take a look at the top 10 best selling games of last month.

On the hardware side, Sony, Microsoft, and Nintendo are all continuing to have good sales. Unfortunately the NPD doesn’t reveal statistics for individual consoles, but they did mention that Sony is still in the lead. “May 2014 marked the fifth consecutive month that Sony’s PlayStation 4 led hardware sales,” the company said. Combined hardware sales generated $187 million last month, that’s an increase of 95% compared to May 2013’s $96 million. These results are solid proof that the gaming industry is one of the fastest growing industries out there and I hope this growth will not slow down anytime soon. Stay tuned for more news and updates.

I’m Load The Game’s co-founder and community manager, and whenever I’m not answering questions on social media platforms, I spend my time digging up the latest news and rumors and writing them up. That’s not to say I’m all work and no fun, not at all. If my spare time allows it, I like to engage in some good old fashioned online carnage. If it’s an MMO with swords and lots of PvP, I’m most likely in it. Oh, and if you’re looking to pick a fight in Tekken or Mortal Kombat, I’ll be more than happy to assist! Connect with me by email markjudge (@) loadthegame.com only
@@MarkJudgeLTG
Previous Moto G 4G available on the Motorola site, comes with Android 4.4.3 KitKat
Next WildStar: “The Strain” content patch coming soon