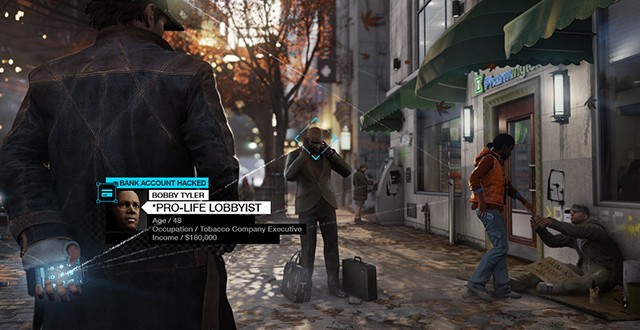 Ubisoft just announced that the latest patch of Watch Dogs will be releasing for PC “in the next hours.” The PS4 version of the game already received this patch yesterday and the other platforms will also follow in the near future. Interestingly enough, Ubisoft only announced this after a user managed to create a mod which greatly improves the graphics quality of the game on the PC. The end result is that after applying the mod Watch Dogs will look just as good as it did back when it was first presented at E3 2012. Ubisoft didn’t comment anything about that, but they do say that this patch will bring improvements in terms of performance and it will also fix a number of bugs. The PC specific fixes can be found below.

The patch also comes with fixes that apply to all versions of Watch Dogs. Most notably, bugs that prevented you from completing certain missions and a glitch that didn’t allow you to progress past 90% completion on the loading screen. There was also a major issue that prevented some players from using hacks, which made the game seem pointless given that hacking is the main theme in Watch Dogs. Luckily that was fixed as well. Additionally, the patch also fixes some multiplayer issues related to respawning and session joining. For more details and updates regarding the patch you can visit the Ubisoft forums.

Watch Dogs was recently named the best-selling title of May according to an NPD report. The game was released on May 27th and managed to sell more than 4 million copies in just a single week after release. Currently there are rumors about a possible sequel and although nothing is confirmed, Ubisoft’s Tony Key said earlier this month that “the Watch Dogs brand has a promising future.”

I’m Load The Game’s co-founder and community manager, and whenever I’m not answering questions on social media platforms, I spend my time digging up the latest news and rumors and writing them up. That’s not to say I’m all work and no fun, not at all. If my spare time allows it, I like to engage in some good old fashioned online carnage. If it’s an MMO with swords and lots of PvP, I’m most likely in it. Oh, and if you’re looking to pick a fight in Tekken or Mortal Kombat, I’ll be more than happy to assist! Connect with me by email markjudge (@) loadthegame.com only
@@MarkJudgeLTG
Previous Assassin’s Creed Unity targeting 1080p/60fps on next-gen
Next LG G3 vs Samsung Galaxy S5 – The coming battle for specs, price and consumers