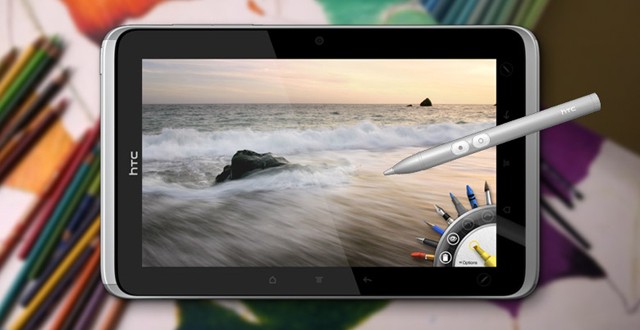 We’ve heard earlier this year that HTC might be building the new Nexus tablet, but these were only rumors until now. However, thanks to Android Police, we not only know that the company is indeed working on it, but we also have the name and specs for the new device. According to their sources, the tablet is being called Volantis (also known as Flounder) and sports an 8.9-inch display. They do mention that it’s also being referred to as Nexus 9, but this name might change before it is released. Android Police claims their sources are reliable and that this information is accurate. They say HTC Volantis will come with the following specs.

The tablet is expected to be released only sometime during the fourth quarter of the year, which means that it will not make an appearance at Google’s I/O conference. In regards to the price, HTC Volantis is said to cost $399 for the 16GB version and $499 for the 32GB model, and if you want LTE connectivity that will possibly cost you more than $600. The device seems to be pretty expensive to be honest, but looking at its specs I can understand why. The Volantis packs quite a punch and will probably be aimed at the premium market.

Word on the street is that the Nexus 6 was cancelled so that Google can focus on their new Android Silver program. From the looks of it they’re only giving up on smartphones, but will still be making tablets for now. This collaboration with HTC seems natural as the two companies have worked together in the past as well. A source familiar with the matter says that the hardware for HTC Volantis already exists and that it’s already being toted around at Google. Furthermore, the first Android Silver handsets are only said to come out early next year so the company might indeed want to launch a Nexus device in the meantime. The first smartphone to receive Silver Certification is rumored to be a new LG device that will hit the market sometime during February 2015.

Although the information regarding HTC Volantis seems pretty solid we still advise you to take it with a grain of salt for the time being. Stay tuned for more news and updates.

I’m Load The Game’s co-founder and community manager, and whenever I’m not answering questions on social media platforms, I spend my time digging up the latest news and rumors and writing them up. That’s not to say I’m all work and no fun, not at all. If my spare time allows it, I like to engage in some good old fashioned online carnage. If it’s an MMO with swords and lots of PvP, I’m most likely in it. Oh, and if you’re looking to pick a fight in Tekken or Mortal Kombat, I’ll be more than happy to assist! Connect with me by email markjudge (@) loadthegame.com only
@@MarkJudgeLTG
Previous Android 4.4.3 makes its way to the Moto X on Sprint
Next Mozilla’s Firefox OS stick is looking to challenge Chromecast