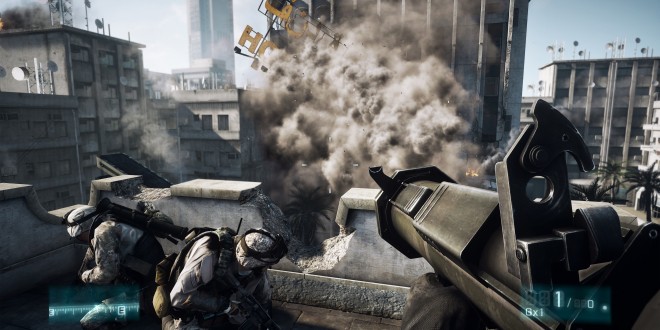 Battlefield 3 players have been incorrectly banned

EA has admitted that a number of Battlefield 3 players may have been incorrectly banned from their online servers. “We are investigating an issue of Punkbuster bans that were incorrectly applied to some of our players,” an EA representative said. The company apologized for any inconvenience caused to affected players, noting that you should keep an eye on their official website for further updates.

EA did say that if you feel you have been wrongfully banned that you can appeal to have the ban removed directly from this link. However, according to the publisher they do not have the power to remove the bans themselves as the servers are protected from cheaters by the Punkbuster service. The representative added: “Please understand that our game advisors are not able to access or overturn Punkbuster bans, but we’re working with our partners at Even Balance to get this resolved as quickly as possible.”

Punkbuster is a widely used program in games that helps to prevent players from cheating in online multiplayer games. The anti-cheating software is operated by Even Balance and has been one of the leading programs in the field for the last few years, used in almost every Battlefield game along with Call of Duty games. Despite the fact that many developers and publishers have moved onto other services, mainly Valve’s own VAC system that works with Steam, Battlefield Hardline will still use Punkbuster.

The news comes after the announcement of Battlefield Hardline. The latest instalment moves away from open warfare in large open areas to a cops versus robbers type of game in urban settings. It is the first game in the Battlefield series that hasn’t been developed by DICE. Instead, Dead Space creators Visceral Games have taken charge of the project. A closed beta began last week for PC and PlayStation 4 on June 10 and it will be available for purchase in stores on October 21.

Freelance writer with a love for gaming. Have owned pretty much every console and handheld from the last 15 years. When I'm not writing about games, which I am most of the time, I tend to be reading, writing about sport, binge watching shows on Netflix...or playing the odd video game.
@nathanpgibson
Previous Bungie reveal Destiny alpha stats
Next Luxury Google Glass Gets First U.S. Third-Party Retailer