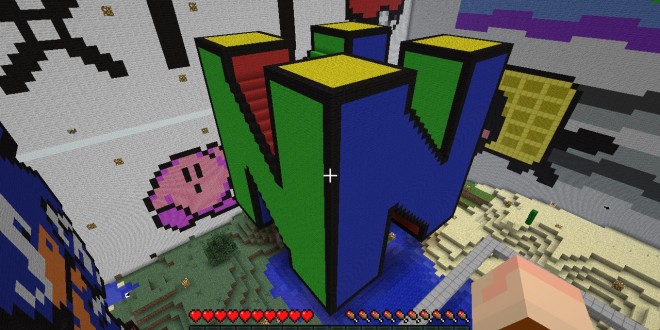 Nintendo have discussed bringing Minecraft to their platforms according to an interview with Shigeru Miyamoto and Shinya Takahashi. In it, the pair speak about how the Wii U and 3DS could be good fits for the immensely successful game thanks to their ability to utilise touch control. Miyamoto noted: “Our hardware is the only hardware that you can do both the touch control and stick control.” This would allow the game to combine the touch controls seen in the mobile version with the controls used in the PC and console versions.

Minecraft is noticeable for its absence on Nintendo platforms but that isn’t due to executives having something against the game. In fact, it Takahashi revealed that that Minecraft isn’t very popular in Japan but that they think they might be able to change that. “We’ve always thought internally that using the [Wii U] GamePad would probably make for a Minecraft that’s very easy to play. And, of course, if we were to do something with Minecraft on the 3DS, similarly we would probably do it where it would be easier to play and could probably reach a lot of kids,” Takahashi said.

“What’s interesting is that, in Japan, Minecraft is not popular in the way it is in the U.S. and Europe, so we’ve also thought that, if we were able to do a partnership like that, it might bring opportunity to help make Minecraft more popular in Japan.”

Since launching in 2011, it has sold over 35 million copies across all platforms and has become the sixth best-selling game of all time on PC. When it released on the Xbox Live Arcade in 2012 it became profitable in just 24 hours and has broken numerous other records on the App Store and the PlayStation Network. Minecraft has become a huge success over the last few years. It is available on multiple platforms including the PC, PlayStation 3 and Xbox 360 along with a host of mobile devices. Mojang have already announced that the game is also coming to PlayStation 4, PS Vita and Xbox One in August, further expanding the reach of the open world title.

Freelance writer with a love for gaming. Have owned pretty much every console and handheld from the last 15 years. When I'm not writing about games, which I am most of the time, I tend to be reading, writing about sport, binge watching shows on Netflix...or playing the odd video game.
@nathanpgibson
Previous Zelda for Wii U may see multiplayer mode
Next Why is Co-Op only coming in Assassin’s Creed Unity?