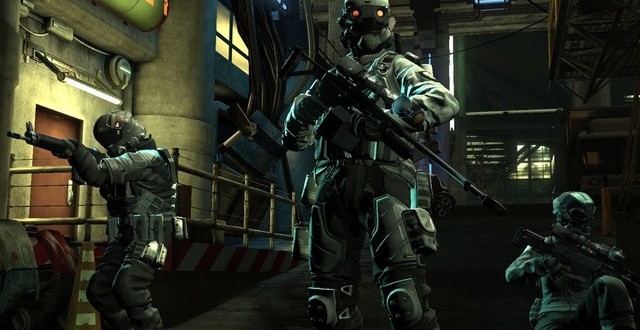 Blacklight Retribution is coming out of Beta and will officially be released for the PS4 tomorrow, Sony announced. The game is being developed by Zombies Studios and was first revealed back in 2011. The free-to-play shooter has been playable on the PS4 since November of last year, albeit just in Beta form. Initially a PC game, Blacklight Retribution has been available on the platform for more than two years and is now ready to grace the PS4 as well. Sony’s console will benefit from new maps, a new weapon, and new streaming capabilities. Additionally, PS Plus members who choose to register will receive a little gift.

The bonus comes in the form of the PlayStation Plus Starter Pack, which includes the Burstfire SMG, Revival Injector, and 250 ZCoins that members can spend on the PlayStation Store. The pack wont be available at launch, but Sony promises that it will arrive in the near future. Blacklight Retribution for the PS4 will also come with PlayStation trophies. Currently there are twenty of them with more to be released in future patches. Some of the trophies include “Who Needs Friends?” – earned by completing 20 games of Deathmatch, “Breadwinner” – earned by earning 50.000 GP, “This is My Rifle” – earned by customizing a primary weapon, and “Toasty” – earned by killing 10 Hardsuits with a Flamethrower.

Sony reminds Beta participants that Zcoins purchased during this period will be refunded to them. Also, there will be no account wipes, which means that stats, progress, and earned items will carry on from the Beta to the full release. The game itself is a sci-fi multiplayer FPS that comes with the usual assortment of modes such as Deathmatch, Team Deathmatch, Capture The Flag, King of the Hill, and more.

Blacklight Retribution PC has generally been well received and was praised by critics for its visuals, gameplay, and weapon customization. The PS4 version shouldn’t be any different. Stay tuned for more news and updates.

I’m Load The Game’s co-founder and community manager, and whenever I’m not answering questions on social media platforms, I spend my time digging up the latest news and rumors and writing them up. That’s not to say I’m all work and no fun, not at all. If my spare time allows it, I like to engage in some good old fashioned online carnage. If it’s an MMO with swords and lots of PvP, I’m most likely in it. Oh, and if you’re looking to pick a fight in Tekken or Mortal Kombat, I’ll be more than happy to assist! Connect with me by email markjudge (@) loadthegame.com only
@@MarkJudgeLTG
Previous Buy World of Warcraft for a ridiculously low price
Next LG G3 global release date officially announced