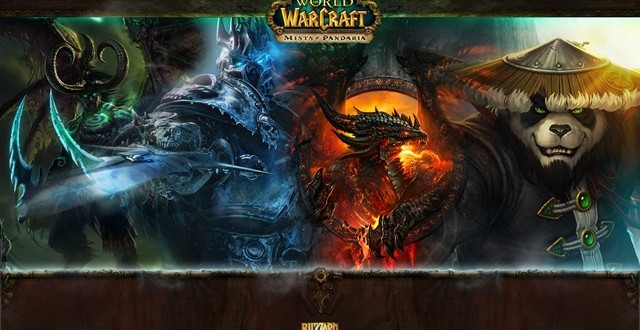 Buy World of Warcraft for a ridiculously low price

Presumably in an effort to compete with the Steam and GOG Summer Sales, Blizzard is offering their own discounts. The World of Warcraft Summer Sale has just started today and you can buy the legendary MMORPG for a ridiculously low price. The original game plus the Burning Crusade, Wrath of the Lich King, and Cataclysm expansions together now only cost $10. For ten more bucks you can also buy WOW’s latest expansion, Mists of Pandaria. So basically you get all the existing World of Warcraft titles for only $20. Buying the game will grant you 30 days of free game time after which you will need to pay a subscription fee of $15 a month in order to continue playing. Check out the Battle.net shop for more details.

Also listed on the shop is World of Warcraft’s upcoming expansion, Warlords of Draenor. The latest installation takes a turn for the strange as you’ll be travelling to the past, before the Dark Portal is completed in order to stop Garrosh Hellscream and his Iron Horde. Warlords of Draenor raises the level cap to 100 and adds new character textures. The game also includes some new features such as Garrison building and customization, racial rebalance, Secondary Stat Attunements, and more. The latter is described by Blizzard as follows.

“A new concept that we’re introducing is each specialization having an attunement to a particular secondary stat. These take the form of a passive ability that grants a 5% increase to the amount of a specific secondary stat gained. This provides a good starting point for where to focus your secondary stats. Usually, it will be your highest throughput stat (not counting Spirit for Healers, and Bonus Armor for Tanks, which is an optimal secondary stat in most cases). There are exceptions, and raw throughput may not even be the biggest concern in some situations. Treat this as a guideline, not a rule, about which secondary stat to favor.”

World of Warcraft: Warlords of Draenor can be pre-ordered for the price of $50 Standard Edition or $70 Digital Deluxe Edition. The Deluxe Edition includes a level 90 character boost, Dread Raven Mount and Dread Raven Hatchling Pet, Grommash Hellscream and Blackhand portraits for Starcraft 2, and a Grimpola Warsong Banner for Diablo 3. The game is currently in its Alpha test phase and is expected to be launched later this year.

Blizzard didn’t announce a release date yet, but the website mentions that the “Game is expected to release on or before December 20th 2014.” Stay tuned for more news and updates.

I’m Load The Game’s co-founder and community manager, and whenever I’m not answering questions on social media platforms, I spend my time digging up the latest news and rumors and writing them up. That’s not to say I’m all work and no fun, not at all. If my spare time allows it, I like to engage in some good old fashioned online carnage. If it’s an MMO with swords and lots of PvP, I’m most likely in it. Oh, and if you’re looking to pick a fight in Tekken or Mortal Kombat, I’ll be more than happy to assist! Connect with me by email markjudge (@) loadthegame.com only
@@MarkJudgeLTG
Previous Nokia Lumia 635 now available for pre-order in the US
Next Blacklight Retribution launches tomorrow for the PS4