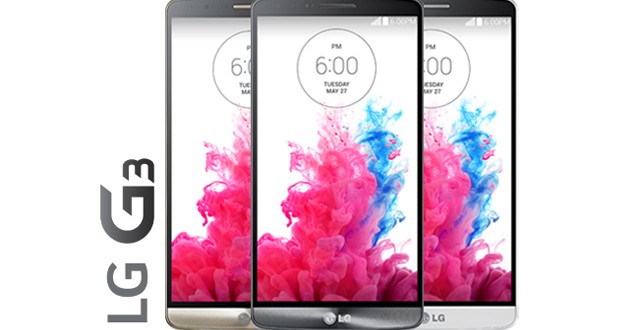 The highly anticipated LG G3 smartphone has already made its debut in South Korea and managed to sell incredibly well, even surpassing the popular Samsung Galaxy S5 flagship. Now the device is preparing to leave its home country and will launch globally on June 27th. LG’s latest handset will first hit Hong Kong, Indonesia, Singapore, and the Philippines and make its way across the rest of Asia, Europe, and the Middle East next month. Strangely enough, a US release date for the LG G3 has not been announced yet by the Korean company. However, Google’s I/O 2014 developers’ conference is just around the corner and it’s very likely that LG is waiting to make the announcement during the event.

In any case, the device is bound to arrive soon in the United States as Sprint has already confirmed recently that the smartphone will be coming to their stores in July. Additionally, Verizon Wireless has announced that it will be taking pre-orders starting with July 10. Earlier this month notorious leaker @evleaks revealed that the LG G3 will be readily available through Verizon on July 17th with other major carriers to follow soon after. All signs indicate that the handset is indeed coming to the US next month, but we’re still waiting for LG to confirm this.

As we’ve mentioned earlier, the LG G3 sold very well in South Korea and the company believes that their flagship will be well received by all the other markets as well. Dr. Jong-seok Park, president and CEO of the LG Electronics Mobile Communications Company said in a press release that “Early indications give us reason to be optimistic that G3 will be as successful globally as it has been in Korea. It’s quite an honor to be considered the new industry benchmark for premium smartphones but in the end, what really matters is how consumers feel about our latest flagship device because it was their feedback that helped us create G3.”

The press release also mentions that “availability and pricing will be announced locally at launch time.” The Google I/O 2014 conference takes place during June 25-26 and that’s where we expect to hear more details about the LG G3’s US release date and price. A lot of other important announcements are expected to be made during the event so check out the full schedule here if you want to learn more about them. Stay tuned for all the latest news and updates.

I’m Load The Game’s co-founder and community manager, and whenever I’m not answering questions on social media platforms, I spend my time digging up the latest news and rumors and writing them up. That’s not to say I’m all work and no fun, not at all. If my spare time allows it, I like to engage in some good old fashioned online carnage. If it’s an MMO with swords and lots of PvP, I’m most likely in it. Oh, and if you’re looking to pick a fight in Tekken or Mortal Kombat, I’ll be more than happy to assist! Connect with me by email markjudge (@) loadthegame.com only
@@MarkJudgeLTG
Previous Blacklight Retribution launches tomorrow for the PS4
Next Nokia X2 announced