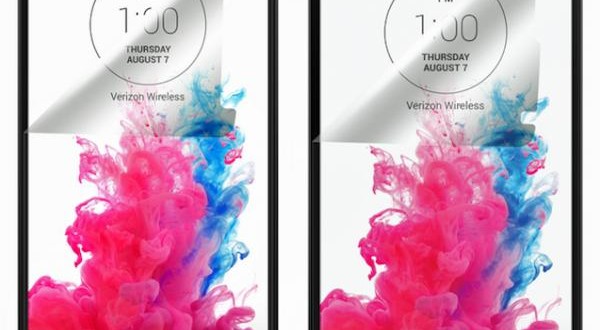 Despite the fact that Verizon did not announce an official release date for the  LG G3 and G Vista, the two smartphones are being prepared for customers. It is very likely that Verizon will launch the LG G3 later than the 17th of July. Leaked photos appeared on Evleaks, hinting at an August the 7th release date, not the 17th generally considered to be the phone’s release date.

The LG G3 will be the first smartphone in the US with a very high resolution, namely a 2560 x 1440 QHD display. Because of this and many other features, the smartphone is highly anticipated and so far received high praise from critics all around. This spectacular resolution easily overcomes Samsung’s Galaxy S5’s 1920 x 1080 Full HD display, HTC One M8’s 1080p display and Apple’s Retina display, representing a major advantage for the company. It also carries a 5.5-inch display, a 2.5 GHz quad-core Qualcomm Snapdragon 801 processor, 3 GB of RAM, a 13 MP rear camera that includes laser autofocus (the first time used on a smartphone) and a 2.1 MP front facing camera. The 3000 mAh removable battery is larger than the LG G Vista’s one.

Features available for LG G Vista include a 5.7-inch 1280 x 720 display, alongside a quad-core Qualcomm Snapdragon 400 processor, an Adreno 205 graphics processing unit, 8 GB of internal storage and a microSD expansion slot that will support up to 32 GB microSD cards. Moreover, the G Vista will also have an 8 MP rear camera and a 1.3 MP front facing camera. The 3200 mAh battery is large enough to provide longer battery life in use. Rumor has it that the G Vista will be available at a very affordable price, namely $99 with a two-year contract.

Given the fact that the official release date was not announced yet for none of the two, anything is possible. Based on Evleak’s leak however, it might happen that Verizon fans will have to wait until August to get their hands on either the LG G3 or the LG G Vista.

I’m Load The Game’s co-founder and community manager, and whenever I’m not answering questions on social media platforms, I spend my time digging up the latest news and rumors and writing them up. That’s not to say I’m all work and no fun, not at all. If my spare time allows it, I like to engage in some good old fashioned online carnage. If it’s an MMO with swords and lots of PvP, I’m most likely in it. Oh, and if you’re looking to pick a fight in Tekken or Mortal Kombat, I’ll be more than happy to assist! Connect with me by email markjudge (@) loadthegame.com only
@@MarkJudgeLTG
Previous UK cinemas set to ban Google Glass
Next Samsung launches 4 new affordable Galaxy smartphones