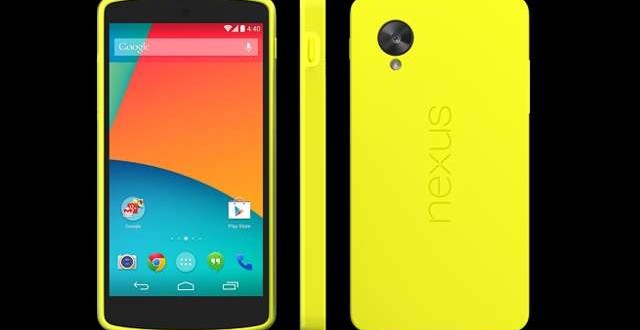 Nexus 5 gets increased battery life thanks to Android L

Android L will help increase Google’s Nexus 5 battery life by at least 36 percent according to a new report. As some of you might be aware, each version of Android focuses on a specific aspect of the operating system that needs to be improved. The current KitKat version has something called Project Svelte, an attempt at making the OS run on just 512 MB of RAM. The previous version, JellyBean featured Project Butter, which tried to make the user interface animations run at 60 frames per second. Google revealed that the upcoming Android L will be focused on improving the battery life of Android devices, this effort goes by the name of Project Volta.

The internet giant released a developer preview of Android L for the Nexus 5 smartphone and Nexus 7 (2013 edition) tablet. Ars Technica grabbed this preview and tested some of the new features including Project Volta on the Nexus 5 handset. The battery life test was done by setting the screen’s brightness at 200 cd/m2 and having web pages automatically reloading once every 5 seconds while connected to a Wi-Fi network. The results show that without Android L the Nexus 5 lasts only 345 minutes, but with the Android L preview the smartphone was good to go for a total of 471 minutes, an increase of 36%. Keep in mind that this test was done using the developer preview so the final version of the operating system might offer even better results.

Project Volta might just be one of the best things that happened to smartphones lately. It’s no secret that battery life isn’t what it used to be anymore. Back in the day a regular mobile phone could last for several days before you needed to reach for the charger. Most of the new devices barely last for a day if used often. Sure, we have a plethora of  great apps and features now, but it would be nice if we could play with them without constantly having to worry about the battery. Google seems to be well aware of this fact and many users will undoubtedly be happy if Android L comes with significant improvements in regards to battery life. The Nexus 5 test looked very promising so let’s hope they can continue the good work.

If you’re curious about Android L you can check out the developer preview here. Remember that this version only works on Nexus 5 and Nexus 7 (2013) devices and is aimed at developers, just like its name suggests. That means that it assumes you know your way around the operating system, but if you don’t, this article should get you up to speed in no time.

I’m Load The Game’s co-founder and community manager, and whenever I’m not answering questions on social media platforms, I spend my time digging up the latest news and rumors and writing them up. That’s not to say I’m all work and no fun, not at all. If my spare time allows it, I like to engage in some good old fashioned online carnage. If it’s an MMO with swords and lots of PvP, I’m most likely in it. Oh, and if you’re looking to pick a fight in Tekken or Mortal Kombat, I’ll be more than happy to assist! Connect with me by email markjudge (@) loadthegame.com only
@@MarkJudgeLTG
Previous Samsung Galaxy Tab S Super AMOLED screen compared to other displays
Next Morrowind running on the Skyrim engine will become a reality soon