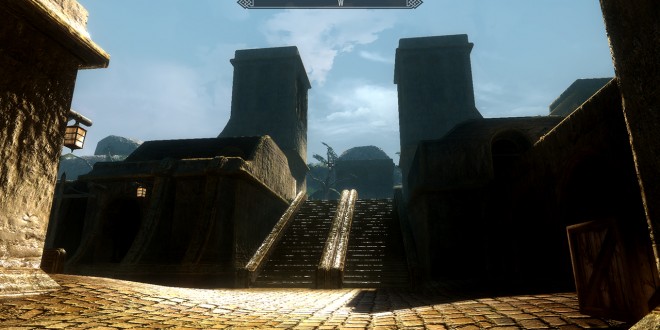 Morrowind running on the Skyrim engine will become a reality soon

Do you ever miss Bethesda’s 2002 The Elder Scrolls III Morrowind? I sure do. From time to time I even reinstall it and jump in for a quick session, but it’s just not the same anymore. After playing many of the visually stunning titles that came out in recent years, Morrowind’s graphics just seems incredibly outdated by today’s standards. On the other hand, the company’s latest entry in the franchise (The Elder Scrolls Online doesn’t count for me), Skyrim still looks just as impressive as it did when they first released it back in 2011. The game is very good, but lacks that special atmosphere that made the third installment superb. So ideally I would like to have Morrowind look just as awesome as Skyrim does, and that’s where Skywind comes in.

Skywind is an ambitious project that aims to combine the two games into one nostalgia-filled package. The mod’s latest trailer shows that it’s coming along nicely and shaping up to be every Morrowind/Skyrim fan’s dream game. Skywind is part of The Elder Scrolls Renewal Project, “a community about merging the amazing worlds of The Elder Scrolls video games into more modern game engines.” These are the same folks responsible for creating a couple of other crossover mods suggestively dubbed Morroblivion and Skyblivion (not started yet). All of their mods are non-commercial and require both games plus expansions to run.

For their latest project you will need TES V Skyrim and TES III Morrowind including the Blood Moon and Tribunal expansions. The team warns that you will need legit copies of both titles, which means that pirated ones are no good. But don’t go reinstalling the games just yet, Skywind is still in alpha and not available to the public for the moment. Work is apparently going well, but as you can imagine, a project of this size takes lots of time so we still need to wait a bit until we get to play it. Keep in mind that this will be a complete conversion so we’re not just talking about landscapes. Quests, NPCs, creatures, weapons, armors, you name it, everything from Morrowind will be made to work within the Skyrim engine.

The video mentions at the end that “Public Developer Alpha Release Coming Soon” and “Details To Come”. We’ll be keeping an eye on that and we’ll let you know the moment we learn something new. In the meantime, go check out Morroblivion, the latest version was just released a few days ago and the mod is fully playable.

I’m Load The Game’s co-founder and community manager, and whenever I’m not answering questions on social media platforms, I spend my time digging up the latest news and rumors and writing them up. That’s not to say I’m all work and no fun, not at all. If my spare time allows it, I like to engage in some good old fashioned online carnage. If it’s an MMO with swords and lots of PvP, I’m most likely in it. Oh, and if you’re looking to pick a fight in Tekken or Mortal Kombat, I’ll be more than happy to assist! Connect with me by email markjudge (@) loadthegame.com only
@@MarkJudgeLTG
Previous Nexus 5 gets increased battery life thanks to Android L
Next Acid Nerve talks about the origins of Titan Souls