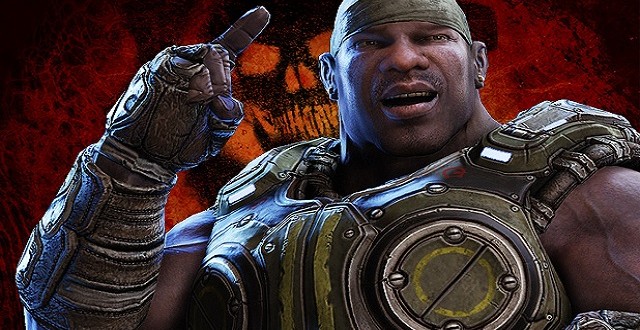 Cole Train might return in the next Gears of War title

It’s been more that a year since Gears of War: Judgement was released and news about a possible sequel has been scarce since then. The situation hasn’t changed much lately and all we really know about the next installation is that Black Tusk Studios will presumably develop it for the Xbox One. This isn’t much to go on, but luckily some new and interesting info regarding the franchise arrived a few days ago via Twitter. Lester Speight, better known as the voice of Private August Cole aka Cole Train hinted that we might see the famous character again in the next title.

"@MistaPeerez: @lesterspeight have you gotten a call about a new gears? You have to reprise your role! #whoobaby" "Yup!"

It was already confirmed that a new Gears of War is being developed, but we didn’t really know which of the characters will be making a comeback. We know that Cole Train will most likely make an appearance so now we just have to wait and see who else. Aside from this though, the game remains a complete mystery. Microsoft didn’t mention anything about the franchise at E3 2014, which is a bit surprising considering that Gears of War is one of the most iconic and popular Xbox series ever. The last time Microsoft talked about the future of the franchise was back at E3 2013 when Phil Spencer basically just went on a tangent about how much he loves the games.

“I love the Gears franchise, I think Epic’s done a really nice job building that,” Spencer said. “I think there’s an opportunity to spend some time on Gears and on what it means. It’s a rare franchise that managed to ship four times on the platform – 1, 2, 3 and then Judgment. I also think it’s also a really interesting time to launch new IP, and that’s something we’re really invested in. You saw Quantum Break, you saw Sunset Overdrive, you saw Crimson Dragon, you saw games big and small from many different developers. I think we were counting, and we had eight or nine different nationalities on stage. It’s a cool opportunity to bring a lot of new content.”

Unfortunately that doesn’t really tell us much so we’ll just have to hope that more news will surface in the near future. What’s almost certain however is that the next Gears of War title is indeed being developed for the Xbox One. I, for one, hope it will also grace the PC, but I suppose that’s just wishful thinking. In any case, we’ll keep you up to date with any further news on the subject so stay tuned.

I’m Load The Game’s co-founder and community manager, and whenever I’m not answering questions on social media platforms, I spend my time digging up the latest news and rumors and writing them up. That’s not to say I’m all work and no fun, not at all. If my spare time allows it, I like to engage in some good old fashioned online carnage. If it’s an MMO with swords and lots of PvP, I’m most likely in it. Oh, and if you’re looking to pick a fight in Tekken or Mortal Kombat, I’ll be more than happy to assist! Connect with me by email markjudge (@) loadthegame.com only
@@MarkJudgeLTG
Previous Samsung Galaxy Note 4 and Galaxy S5 rumored to share the same color variety
Next Borderlands: The Pre-Sequel could come to next generation consoles