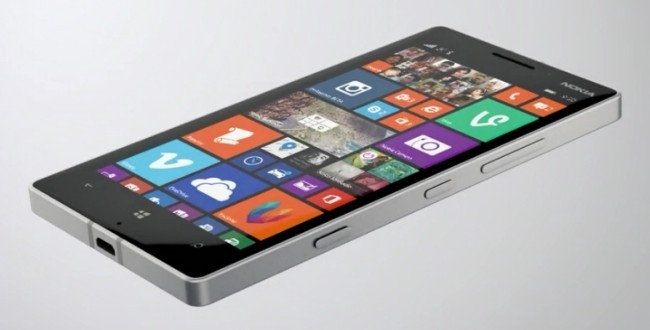 The flagship Windows phone from Nokia has started to be released to various regions of the world. Further release of the smartphone will continue over the following weeks in Asia and some countries in Europe such as the UK on July 17. Microsoft’s influence over the Nokia brand is starting to show off not only with the release of this new high-end Lumia 930, but also with the Lumia 630 and the Lumia 635.

The new smartphone features a 5 inch ClearBlack display with a 1920 x 1080 pixels resolution which supports 441 ppi, a high brightness mode, orientation sensor, sunlight readability enhancements, wide viewing angle and sculpted glass protected by Corning Gorilla Glass 3. The Qualcomm Snapdragon 800 quad-core processor, clocked at 2.2 GHz, is accompanied by 3 GB of RAM and 32 GB of internal storage which can be extended up to 128 GB. The smartphone runs on the Windows 8.1 OS, which is a logical choice for businessmen who want to run native Windows applications such as Office tools. Furthermore, the OS features Nokia branded add-ons like Nokia Camera, SensorCore or Nokia Storyteller.

The Nokia Lumia 930 has an impressive camera set up with a 20 MP PureView rear camera which includes optical stabilization, autofocus, 1080p video recording, dual-Led flash, Carl Zeiss optics, four directional microphones with Surround-Sound and a 1.3 MP front-facing camera capable of 720p video recording. Connectivity options include 4G LTE, Wi-Fi 802.11 a/b/g/n/ac, Bluetooth 4.0, USB 2.0, NFC, DLNA and Qi wireless charging. The Lumia 930 has a 2420 mAh capacity battery that allows users to talk 21.7 hours, lasts 75 hours when listening to music and up to 23 days of stand-by time. The price for this handset it a bit high at approximately $700. However, it can be bought for a more affordable price with a Vodafone or Telstra contract.

Comparing the Nokia Lumia 930’s specifications with specs found in Apple’s or Samsung’s smartphones, we can easily observe that the Lumia 930 is more than able to take the fight to the best of them. As Conor Pierce (the Marketing Director for Nokia’s UK branch) stated, “The Lumia 930 is the perfect blend of design, color and Microsoft Lumia services, delivering cutting-edge technology to create an unrivaled video and imaging smartphone experience that are instantly shareable”.

I’m Load The Game’s co-founder and community manager, and whenever I’m not answering questions on social media platforms, I spend my time digging up the latest news and rumors and writing them up. That’s not to say I’m all work and no fun, not at all. If my spare time allows it, I like to engage in some good old fashioned online carnage. If it’s an MMO with swords and lots of PvP, I’m most likely in it. Oh, and if you’re looking to pick a fight in Tekken or Mortal Kombat, I’ll be more than happy to assist! Connect with me by email markjudge (@) loadthegame.com only
@@MarkJudgeLTG
Previous LG G Vista specs leaked, device will only be mid-range
Next Dovetail Games acquires rights to Microsoft Flight Simulator