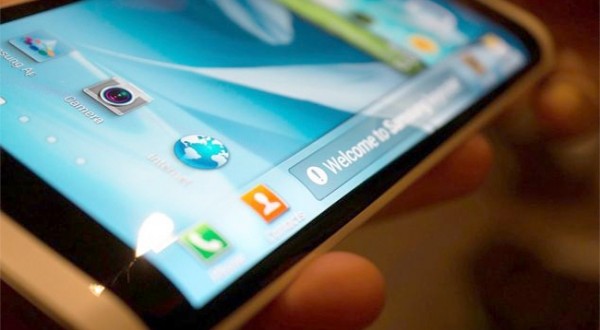 The Samsung Galaxy Note 4 might feature the new Exynos CPU

We know Samsung is cooking up something new for the Samsung Galaxy Note 4, which frankly really has to bring something innovative and impressive to the table if it is to stand a good chance at competing with Apple’s fall line-up. Samsung has been rumored to be working on a new 64 bit processor for the Galaxy Note 4, and we might have just picked up the first official tease. The Samsung Exynos Twitter channel teased an upcoming reveal for tomorrow, hinting at the future of Exynos SoCs and a leap forward in technology.

Based on every insider source so far, this is likely to be the new Exynos 5433, bringing the Intel XMM7260 Cat. 6 LTE modem. In non technical terms, this means that the new Samsung Exynos will be a huge leap forward in terms of mobile internet speeds and stability. The most plausible scenario for the Exynos 5433 is an octa-core, 64 bit configuration based on a combination of four Cortex-A15 cores and four Cortex-A7 cores. If this is truly the case, than it’s only reasonable to believe that this new processing power will make its way to the Samsung Galaxy Note 4, a high-end phablet that will truly be able to make the most of such powerful hardware.

There’s no official indication whether or not the new Exynos 5433 is the actual processor to be shown off tomorrow, or if it will truly be a 64 bit processor, but considering the fact that Google has been working on providing 64 bit processing support in its newer Android versions, this is a very likely scenario. Of course, we’ll know more tomorrow, as Samsung unveils its tech. The Samsung Galaxy Note 4 is expected to launch this fall, so a lot of information will be emerging in the coming days. AnTuTu previously reported on the raw power of the Exynos 5433 processor, comparing it with the Snapdragon 805, a CPU that it firmly stomps into the ground. Leaked benchmarks tend to confirm this belief, showing that this new SoC is indeed extremely potent. The Note 4 is said to release with two SoC variants, depending on global location.

Old-school gamer with a cheeky tongue that gets me in trouble. When I'm not playing games, I'm writing about them, preferably in the vicinity of a fridge! Oh, and if you're a Justin Bieber fan, I'm afraid we can't be friends!
Previous Elder Scrolls Online Update 3 coming early August
Next Nokia Lumia 520 successor spotted in leaked images