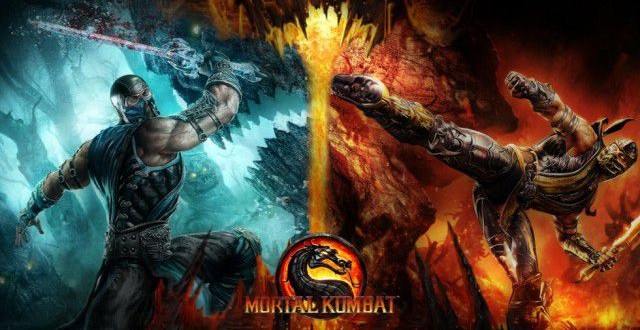 Raiden might join the Mortal Kombat X roster at EVO 2014

Back at E3 2014 we had the opportunity of seeing Mortal Kombat X in all of its glory thanks to some action-packed gameplay footage. We also learned about some of the new features NetherRealm Studios are implementing. But more importantly, we got to see some of the game’s characters including the four brand new ones. Only six fighters have been showed until now and though all of them are very cool in their own right, I can’t help but feeling curious about the rest of the Mortal Kombat X lineup. Luckily, one more character will be revealed tomorrow as hinted by the picture below. 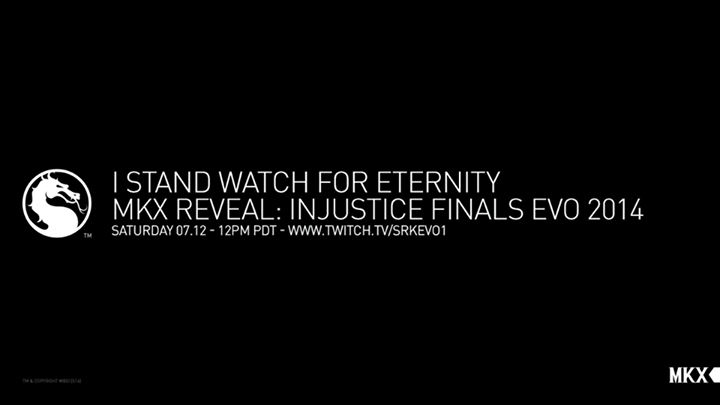 The image was posted on the official Mortal Kombat Facebook page so it’s most definitely legit. The reveal will arrive tomorrow, July 12th at EVO 2014 during the Injustice: Gods Among Us tournament finals. The quote “I stand watch for eternity” seems to hint that Raiden will be the next fighter to join the Mortal Kombat X lineup. It could also be another new character, but I think the phrase is more fitting for the elder god than for anyone else. Given that Mortal Kombat X will take place during the course of about 25 years it will be very interesting to find what Raiden’s contribution’s to the story will be. The thunder god usually plays a key role in MK games as far as the plot is concerned.

Aside from him, Mortal Kombat X already features another two long time veterans of the series: Scorpion and Sub-Zero. As for the new characters, we have an Aztec-looking god called Kotal Khan, an insect/human hybrid that goes by the name of D’Vorah, Cassie Cage, the daughter of Johnny Cage and Sonya Blade and the dwarf/brute combo Ferra/Torr. It was hinted back at E3 2014 that we might end up seeing some characters from other series as DLC at some point in the future, similar to the Freddy Krueger and Kratos crossovers from Mortal Kombat 9. We don’t know who NetherRealm is taking into consideration, but we know who they aren’t. Creative director Ed Boon revealed last month that it’s unlikely that we’ll be seeing any Injustice characters in Mortal Kombat X. He also added that Jason Voorhees from Friday the 13th is more likely to make an appearance than any DC hero.

Mortal Kombat X is expected to be released sometime during 2015. The game will be available for PS3, PS4, Xbox 360, Xbox One, and the PC.

I’m Load The Game’s co-founder and community manager, and whenever I’m not answering questions on social media platforms, I spend my time digging up the latest news and rumors and writing them up. That’s not to say I’m all work and no fun, not at all. If my spare time allows it, I like to engage in some good old fashioned online carnage. If it’s an MMO with swords and lots of PvP, I’m most likely in it. Oh, and if you’re looking to pick a fight in Tekken or Mortal Kombat, I’ll be more than happy to assist! Connect with me by email markjudge (@) loadthegame.com only
@@MarkJudgeLTG
Previous Samsung Z, the first Tizen smartphone delayed once again
Next LG G3 available at Best Buy for only $100 with AT&T, Sprint, or Verizon contract