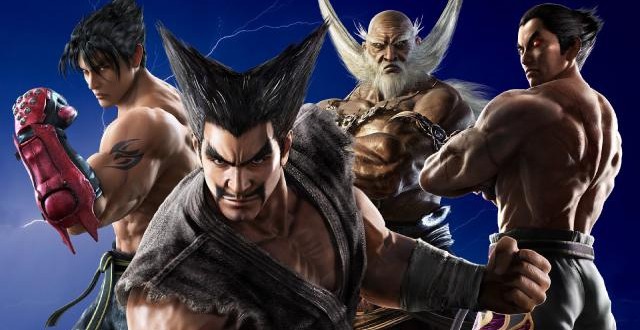 Shortly after the trailer was leaked online, Director Katsuhiro Harada officially confirmed at EVO 2014 that Tekken 7 is currently in development and will be published by Namco Bandai. Thus far we know the game will run on the Unreal Engine 4 and will be available for the PS4 and Xbox One. Aside from that, and the couple of familiar characters we’ve seen in the trailer, little else is known at this time. Fortunately we wont have to wait long in order to learn more as it was announced that Tekken 7 will be present at San Diego Comic Con and more info will be revealed then.

The big news here seems to be that the game will run on the Unreal Engine 4, recently voted by developers as the best game engine out there. The trailer itself doesn’t show off any Tekken 7 gameplay footage, but we expect to see some impressive visuals once the game releases. “With Unreal Engine 4, we can rapidly achieve visual quality expected on next-gen platforms and go beyond it, Katsuhiro Harada said. “Not only is Unreal Engine 4 powerful and easy to use, it allows us to immediately bring Tekken 7 to any platform we desire.”

Aside from Tekken 7, we know that Harada is currently working on several other projects and he hopes that at least two of them will be revealed this year. “Tekken is one of my life’s works,” he stated earlier this year. “And while I can’t say much here, together with the titles we were going to announce this year, I’m also working on several other titles simultaneously with Tekken. From there, I’d like to announce at least two of those titles in 2014, and I feel that it’s something I must do.” Sounds very interesting, hopefully we’ll hear more at the San Diego Comic Con, which takes place during July 24-27.

As exciting as the Tekken 7 announcement was, there was yet another reveal that caught other attention. Also during EVO 2014, NetherRealm Studios unveiled the latest fighter to join the Mortal Kombat X lineup. Just as previously anticipated, the new character is none other than Raiden, the god of thunder and of the veterans of the series. Following this latest addition Mortal Kombat X now features a total of seven characters, four of whom were only introduced in this latest installment.

Mortal Kombat X will be released in 2015 for Xbox 360, Xbox One, PS3, PS4, and the PC. Tekken 7 will probably only be released next year as well. We’ll let you know as soon as we learn something new so stay tuned.

I’m Load The Game’s co-founder and community manager, and whenever I’m not answering questions on social media platforms, I spend my time digging up the latest news and rumors and writing them up. That’s not to say I’m all work and no fun, not at all. If my spare time allows it, I like to engage in some good old fashioned online carnage. If it’s an MMO with swords and lots of PvP, I’m most likely in it. Oh, and if you’re looking to pick a fight in Tekken or Mortal Kombat, I’ll be more than happy to assist! Connect with me by email markjudge (@) loadthegame.com only
@@MarkJudgeLTG
Previous Xbox One now supports trial versions of games
Next Android L is now available on the HTC One (M7) as well