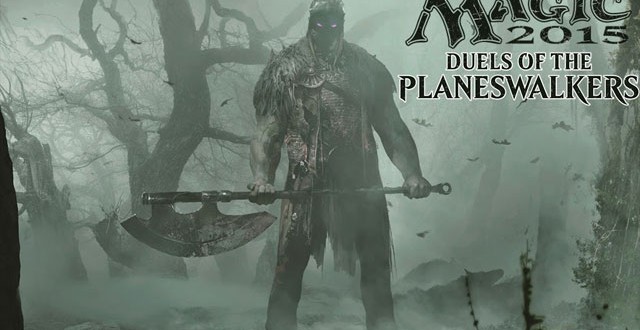 Magic 2015 Duels of the Planeswalkers coming soon to Xbox One

Magic 2015 Duels of the Planeswalkers is now available on the Xbox 360 Major Nelson announced earlier. The popular card game developed by Wizards of the Coast will also be available soon for the Xbox One, although just how soon we don’t know yet. Traditionally a PC franchise, the Magic series is perhaps most popular for its online component, but if you’re not the social type, don’t worry. Magic 2015 Duels of the Planeswalkers also features a lengthy campaign that you can sink dozens of hours into as well as a comprehensive tutorial to get you up to speed with the mechanics.

The game costs only $10 for the Xbox 360 and we assume the Xbox One version will be priced similarly once it comes out. I dare say this is a very cheap price considering just how many hours of entertainment you can get out of it. If you want to spend a little more money however, there a number of card collections to unlock, each priced at $5. These basically act as booster packs and will help you craft the ultimate deck. As a side note, there appears to be a Magic 2015 Trial which you can download for free so go try it out and see if this kind of game suits you.

“Hunt bigger game on a bold new adventure with Magic 2015 — Duels of the Planeswalkers! Hone your skills as you battle your way across the planes of the Multiverse. Beware though, Planeswalker. Your biggest danger is one of your own… Garruk Wildspeaker, the greatest hunter known, is now hunting you! Magic 2015 is the best way to learn to play the Magic trading card game. It provides hours of game play and allows you to collect cards and build decks from that collection.”

Magic 2015 Duels of the Planeswalkers is also available on PC via Steam, Amazon Kindle, and Android.

I’m Load The Game’s co-founder and community manager, and whenever I’m not answering questions on social media platforms, I spend my time digging up the latest news and rumors and writing them up. That’s not to say I’m all work and no fun, not at all. If my spare time allows it, I like to engage in some good old fashioned online carnage. If it’s an MMO with swords and lots of PvP, I’m most likely in it. Oh, and if you’re looking to pick a fight in Tekken or Mortal Kombat, I’ll be more than happy to assist! Connect with me by email markjudge (@) loadthegame.com only
@@MarkJudgeLTG
Previous Android KitKat 4.4 is coming to the Sony Xperia T2 and T2 Ultra, with the Xperia E1 and M2 following
Next Blizzard unveils new Heroes of the Storm battleground