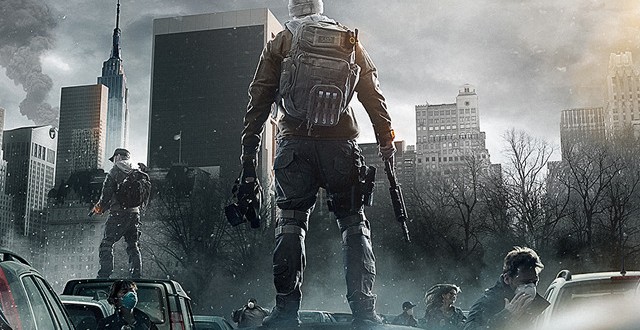 Lots of people are eager to find out more about Tom Clancy’s The Division with it being one of the most anticipated games of 2015 and all. Unfortunately Ubisoft hasn’t been too keen on revealing a whole lot of details until now. Sure, we saw a demo back at E3 2014, but that wasn’t quite enough to quench our thirst. So when can we expect to hear more about the game then? Right now it seems. Examiner recently caught up with Fredrik Rundqvist, The Division’s Executive Producer and was able to find out some interesting details including the starting location, which goes by the name of Green Zone.

“We have what we call a Hub or a Green Zone. On the West Coast of midtown, that’s where people start off. It’s kind of a social hub where you can meet other players, you can re-spec, change your characters, etc. That’s basically where you start off [when the game starts],” Rundqvist said. The Executive Producer also mentions that trading will play an important role in Tom Clancy’s The Division and the Green Zone is presumably where most of the trading will take place. Examiner also managed to learn that customization will be a very important aspect in the upcoming title as well. The game apparently gives you much more options and freedom with your character than previously believed.

“That’s the first thing you will do in the game. You will create your character and it’s not like there is a predetermined hero set. It’s all about you, how you want to experience the game and in what order you want to experience the content. The same goes for the character, you decide how you want to look,” Rundqvist explained. Ubisoft mostly focused on the combat with the E3 demo and we didn’t hear a whole lot about the customization. But this is definitely something very important and we’re glad to hear that the system is going to have a lot of depth to it.

Tom Clancy’s The Division takes place in the near future where a terrible disease has left the United States nearly desolated. A special group tasked with saving what’s left of the crumbling country is being created shortly after the pandemic. This team is called the Strategic Homeland Division, but many know it simply as The Division. You are part of this group and must join with other players from around the world in order to save the USA in this upcoming MMO third person shooter. The Division will be released in 2015 for Xbox One, PS4, and the PC.

I’m Load The Game’s co-founder and community manager, and whenever I’m not answering questions on social media platforms, I spend my time digging up the latest news and rumors and writing them up. That’s not to say I’m all work and no fun, not at all. If my spare time allows it, I like to engage in some good old fashioned online carnage. If it’s an MMO with swords and lots of PvP, I’m most likely in it. Oh, and if you’re looking to pick a fight in Tekken or Mortal Kombat, I’ll be more than happy to assist! Connect with me by email markjudge (@) loadthegame.com only
@@MarkJudgeLTG
Previous BlackBerry seals the deal with Secusmart, the voice encryption chips maker
Next Mario Kart 8 sells 2.8 million units, Nintendo still posts loss